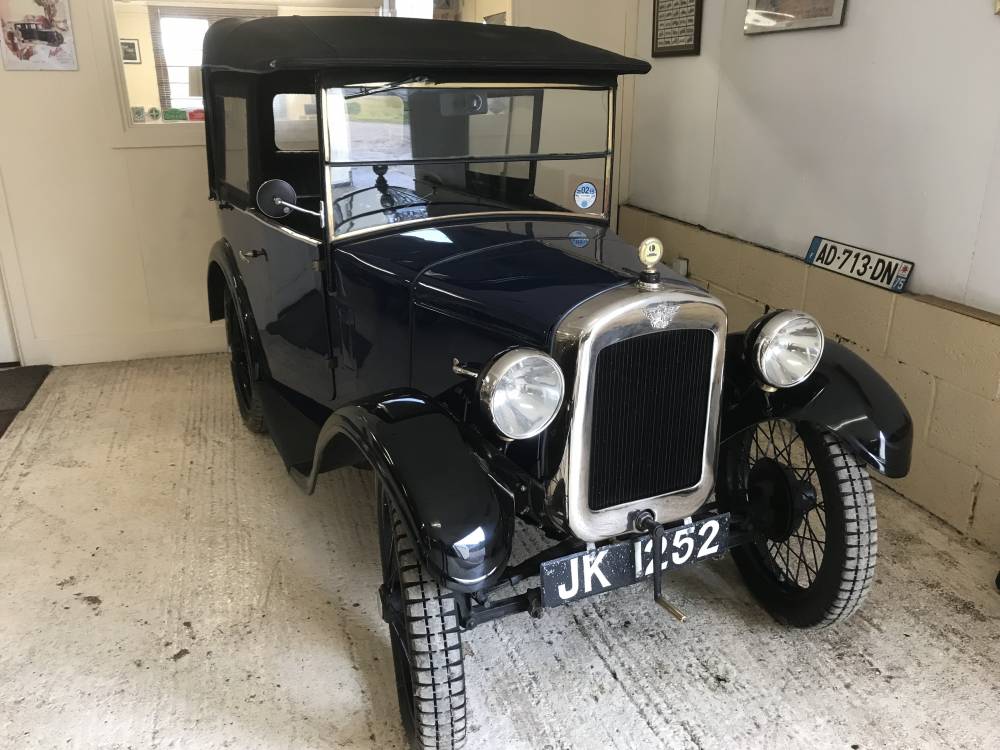 1930 Austin 7 Chummy - a very nice example of the rare AE series (the last of the Vintage Chummies).

First registered in Eastbourne in July 1930 and retaining its original registration number, this motor car is one of the final 'AE' series Chummies, which is the rarer type of this model having only been in production for approximately 8 months. The 'AE' body was slightly wider than before and the wings were now of the domed style.

This Chummy has undergone much work whilst in the hands of the current owner, including a rebuilt engine, new clutch and work on the braking system - this work being carried out by a well known Austin 7 Specialist. Previously the car had been the subject of a body-off restoration before being offered for sale in 1983. A quality repaint has also been undertaken in the correct shade of blue and the seats reupholstered. The hood and side screens are in serviceable order and the car is good mechanical fettle all round.

Enthusiasm for Austin 7's remains as strong as ever and being eligible for numerous events and supported by a number of excellent clubs Worldwide.

Numerous bills are supplied along with various items of correspondence, etc.

We are located near Petersfield in Hampshire, between the A3 and A32.