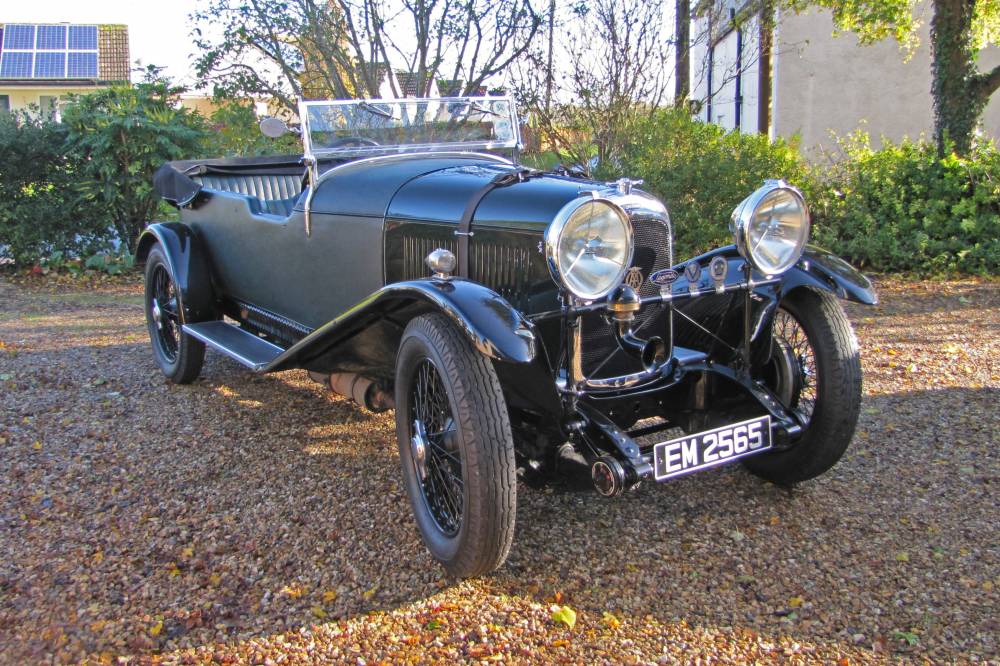 The 2 Litre Low Chassis model was introduced in 1929, with a number of modifications which enhanced both braking and general handling. Both saloon and tourer coachwork was available and the new model quickly found favour with discerning buyers seeking a quality motor car of this size.

Offered here is a fine example of a Speed Model Tourer. Manufactured in 1930 and first registered in January the following year, the car originally was bodied as a Weymann Speed Model Saloon. It was retained by its first owner until 1951, when shortly afterwards it was to be rebodied as a two seater, the chassis having been shortened. The car was to change hands again during 1957 and again in 1964 and 1988, when it was acquired by the current owner.

During 1992 and extensive restoration was undertaken, which included a new T2 style body. The chassis had originally been sleeved and when the two seater body was dismantled, everything was in the correct place, including the spring hangers. The chassis was then professionally strengthened and new springs fitted. At this point, a new and more efficient cylinder head made by Wessex Workshops was also fitted.

New valves were fitted in 2012 and the engine runs very sweetly. The car has been regularly used for tours and events, Continental holidays and rallies and proved very reliable.

The file of paperwork includes a copy of the Lagonda Instuction Manual and old style green and buff log books – the latter dating back to 1957.