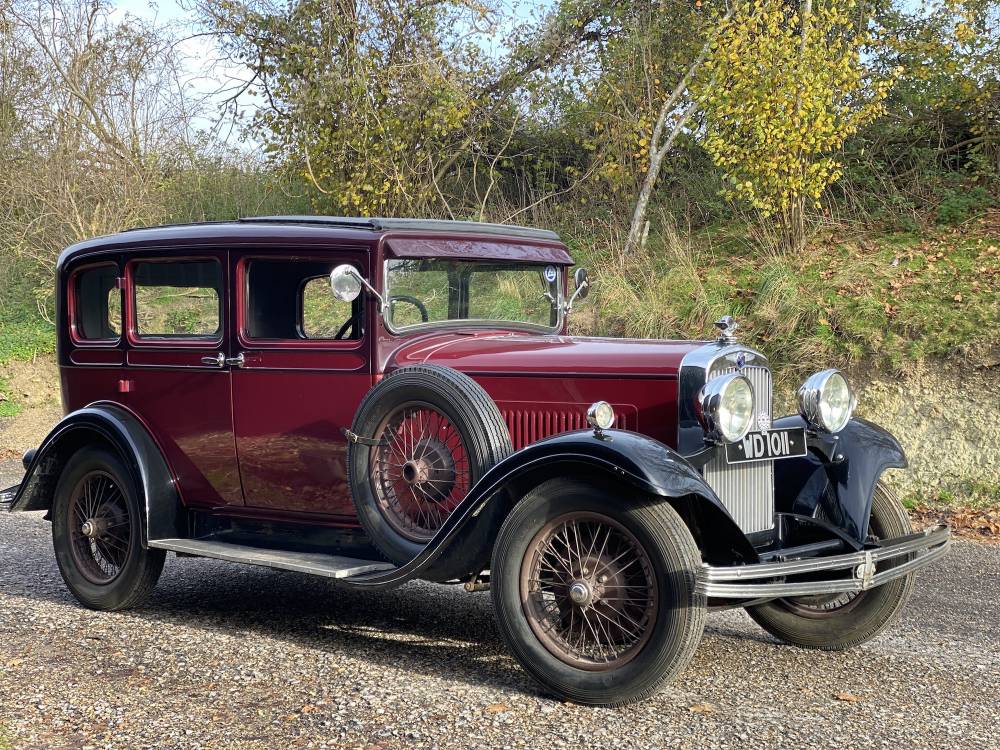 Making its debut in July 1929, the Isis was the replacement for the previous Morris Six.

This new top of the range model featured a pressed steel body by Budd, similar to that used on Dodge and Ruxton models. The 2.5 litre engine gave the car a maximum speed of over 65 mph with excellent fuel consumption; 26 - 28 mpg being quoted.  The engine was very similar to that used in the MG 18/80 and the coachwork had a touch of American flair that was so fashionable in that period.

This 1930 example is said to be one of just flour recorded survivors from that year. It has benefited from considerable restoration work in the past and has been in the hands of well-known Morris enthusiasts.

A previous owner was Bev Hicks - a long standing and well-respected aficionado of the marque who was also a founder of the Morris Eight Tourer Club back in 1960. It was this gentleman who acquired the car partly restored and completed the work around ten years ago.

The car is supplied with a large history file, with many old photographs and the original Instruction Manual. Still bearing its distinctive original registration number, this very rare Vintage Morris has considerable presence

We are also scheduling ‘personal viewing appointments’ in our diary for post-lockdown dates, from the 2ndDecember.