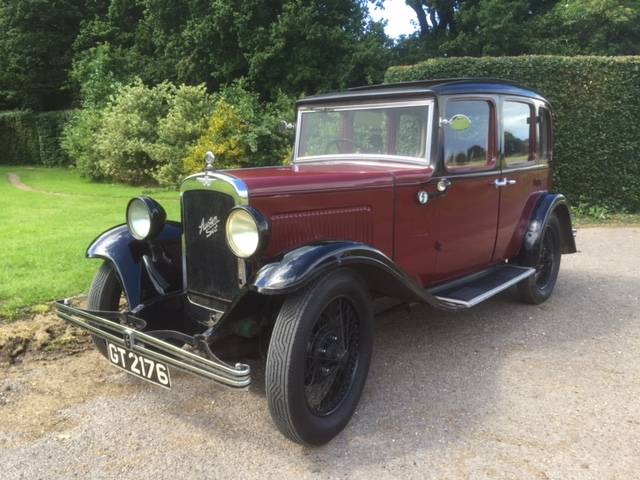 Austin launched the ‘Twelve Six’ in January 1931 as an entirely new model which would sit between the Twelve Four and Sixteen Six ranges. A smaller car, powered by a 1.5 litre 6 cylinder engine rated at 13.9 hp, this new model was smooth and economical with a very competitive price of just £198 ex Works for the ‘Harley’saloon. A de Luxe model was available, which featured a sunshine roof, leather trim and chrome plated twin bar bumpers.

Supplied new by Offords of London, this ‘Harley’ de Luxe saloon has been with its present owner for the past 20 years. It has had just four owners prior to this – the first lady owner kept the car for 38 years, until her death in 1969 - and it remains in remarkably original condition in all respects, with the exception of a repaint in its original colours many years ago.

Cars with such originality and pleasing patina always seem to attract much interest and this grand old Austin is no exception, having considerable character and presence.

The original registration number remains and the car is offered with all its original tools and much documentation, including the correct Parts List and Driver’s Handbook.

One of the earliest survivors of this model, this car is certain to create much interest.