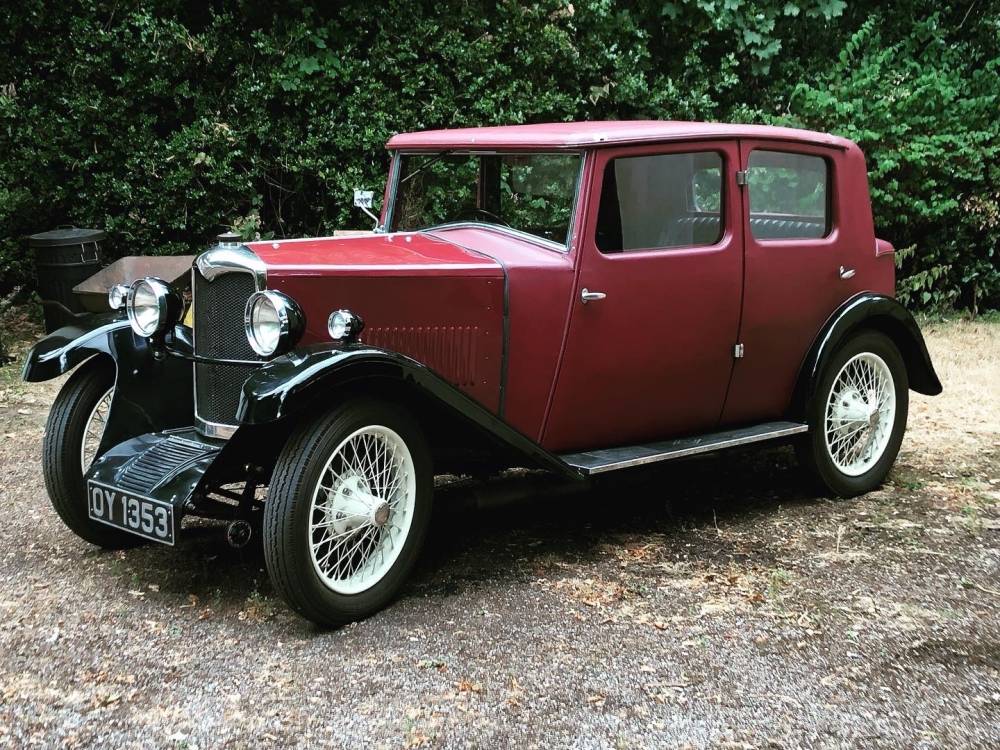 Just arrived at The Garage!

1931 Riley Nine Monaco ‘Plus’ Series - An exceptional example of this iconic Riley. The subject of a meticulous and exacting restoration


A truly ground-breaking design that was met with considerable acclaim when it made its debut at Shelsley Walsh in the Summer of 1926, the Riley Monaco was to become the small saloon of choice for the enthusiastic motorist who was seeking a compact family car with performance and road holding of a far higher standard than was offered by other manufacturers.

The enclosed luggage boot was also a ‘first’ for a small British car at that time. Numerous additional models were to follow on the ‘Nine’ chassis, but the Monaco was to remain the cornerstone of the Riley Nine range for over ten years.

The Riley Nine Plus Series launched at the 1930 Motor Show represented the first major update of the Monaco Nine since its milestone launch in 1927.

The update included an all new wider body built on Weymann principles to increase strength and eliminate squeaks. The new body integrated the rear boot into the total body structure in which the doors were lengthened to cover the chassis side members resulting in a more modern shapely appearance.

The chassis was also updated with the fuel tank moved from the scuttle to the rear of the carand the batteries relocated rearwards under the rear seats.

Together with the major changes many detail features were improved to keep the Monaco at the front of its class for the 1930s.

Today, the fabric bodied models have become fairly rare, as a large number have fallen prey to special builders over the years, as time took its toll on the coachwork.

The Monaco we offer here is a 1931 ‘Plus’ Series. Supplied new by Ratcliffe’s Motor Works of Purley Way, Croydon, this car has had a most thorough restoration with considerable attention to detail, which resulted in a concours award at The Riley Register Coventry Rally in 2018.

There are copious notes covering the restoration on file and this delightful Monaco must certainly be one of the very best of its type in existence. On the road, the comparative quietness of running and the lack of any body rattles or squeaks are testimony to the standard of the work carried out.

A car which would certainly suit the most fastidious buyer, it is certain to create much interest wherever it goes.

More photos and a video will be updated shortly