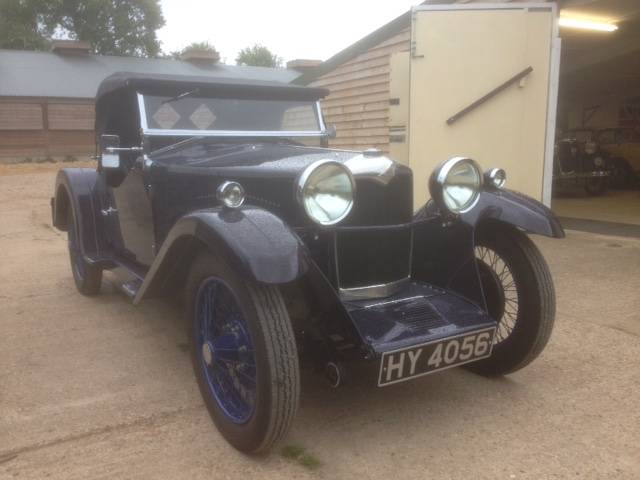 Launched at the 1931 Motor Show as part of the new range for 1932, the Gamecock was a low-slung sporting two seater that also offered good luggage space, making it ideal for longer distance touring.

A rather quirky feature was the ‘cut away’ middle sections of the running boards. The Gamecock was produced for the ’32 season only and was effectively replaced by the new 4 seater Lynx tourer for the following year.

The chassis the car is built upon was originally fitted with Monaco saloon coachwork, however, the fate of that vehicle is lost in the mists of time. During the '80's an exacting rebuild was undertaken on this chassis with new panels and ash frame with the work being completed in 1998.

More recently the hood and sidescreens have been renewed, together with the tonneau cover and hood bag. The radiator core has been renewed and four new tyres and tubes fitted.

The end result was to a very high standard and today the car presents exceptionally well in its dark blue livery.

There are a number of bills etc, plus previous MOT certificates and a copy of a magazine feature on the model.