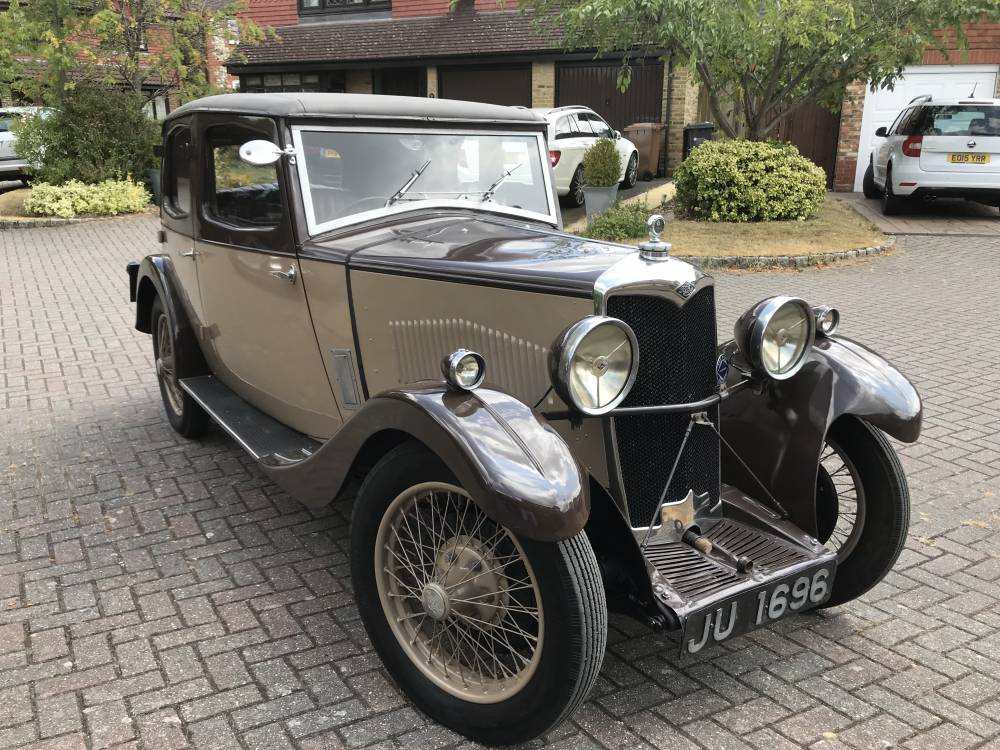 Always the cornerstone of the Riley Nine range, the immortal Monaco is one of the most fondly remembered of all Riley models. Introduced in 1926, being fabric bodied and featuring a stepped rear with a small boot in its distinctive styling ,the semi fabric body with aluminium panelling was to appear in late 1931 for the 32 season, remaining until the 1934 models were introduced with full panelling.

First registered in January 1933, although built late 1932, this example of the Monaco is in very sound order having undergone much restoration in the past and presents well in its Chocolate and Fawn livery. The roof has been re-covered in Everflex material within the last few years and the interior has been retrimmed in brown leather. There is also a working sunshine roof.

The car has magneto ignition and starts instantly, running very well, being easy to drive with the Silent Third gearbox. Much paperwork is supplied including a VSCC Buff Form.

A charming and characterful Riley saloon which always attracts much interest.