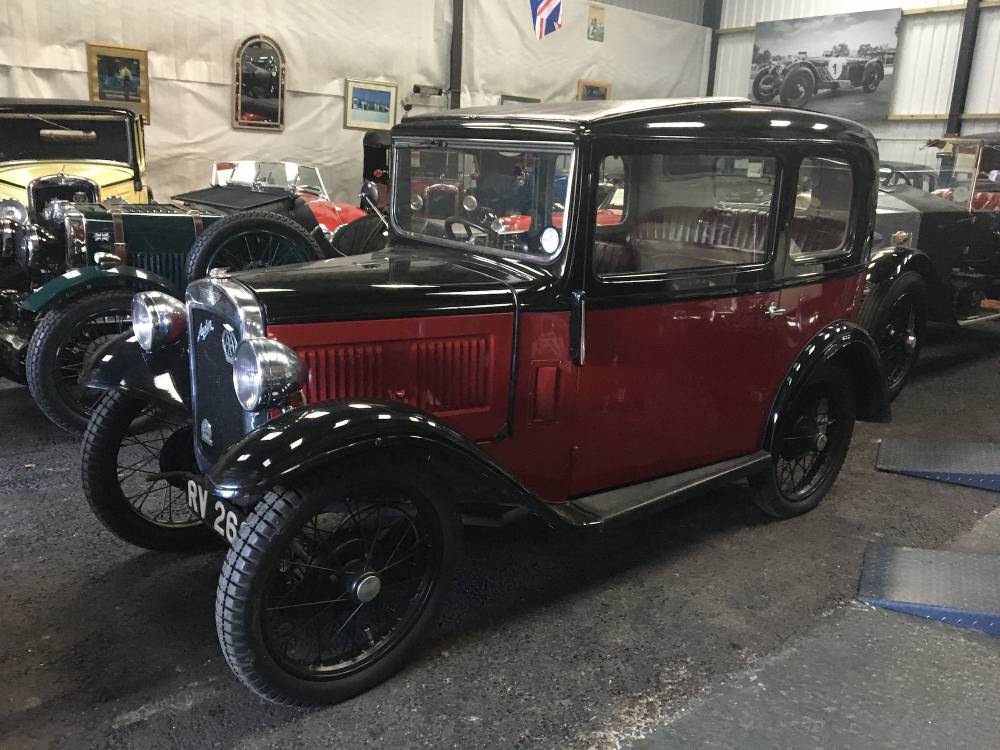 Affectionately known as ‘Flossie’, this fine example of the ‘RP’ saloon was first registered in Portsmouth on 15th October 1932.

The car was acquired by the late owner’s father back in 1967, when he spotted it in a side street with a ‘For Sale’ notice on, starting that the rear axle was broken. A call was made and a price agreed - this being the princely Sumners of £5!

Fast forward more than 40 years and the car was in the hands of this gentleman’s son, undergoing a major restoration. By 2012 the restoration had been completed and a highlight was gaining 2nd place at an August Bank Holiday show. The following year a 1st prize was gained! The rosettes from these events are supplied in the file of paperwork.

‘Flossie’ has been enjoyed on a number of events and shows subsequently and presents in excellent condition all round. There are old RF60 logbooks on file, with one fasting from 1938, along with photos of the restoration in progress, plus numerous bills - several which date back to the early 1950s.

The original Portsmouth registration RV 2661 remains on the car, and the correct Driver’s Handbook is also included.