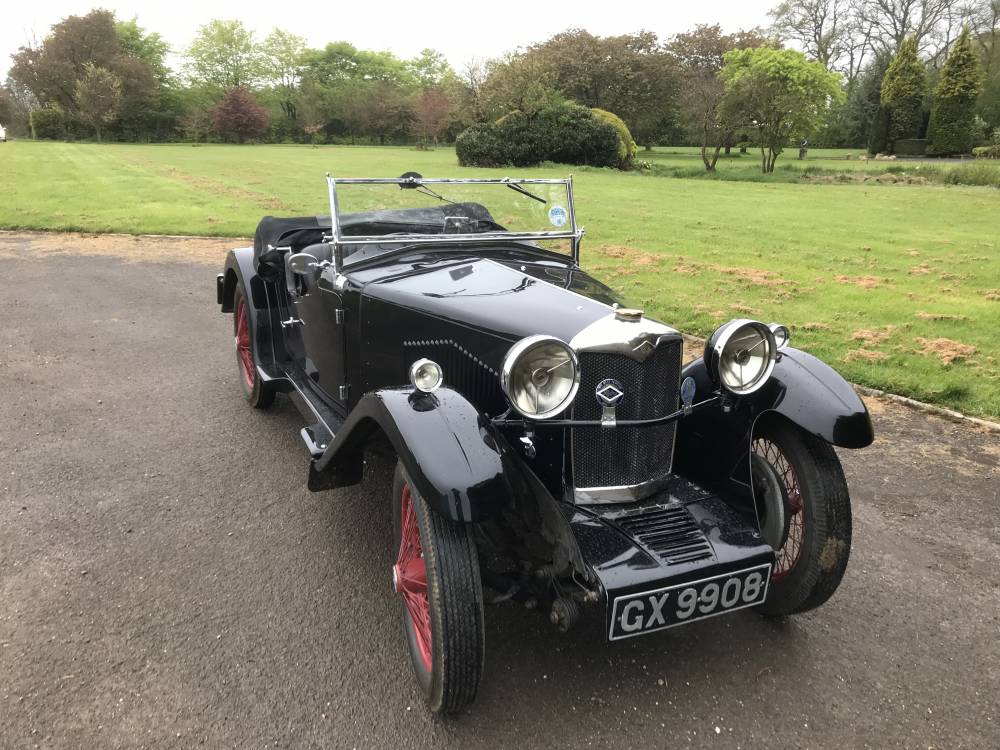 Making its debut at the 1931 Motor Show as part of the new range of Rileys for 1932, the Gamecock was a low-slung sporting two seater that also offered good luggage space in its long tail, making it ideal for longer distance touring.

A rather quirky and distinctive feature was the ‘cut away’ middle sections of the running boards. The Gamecock was produced for the ‘32 season only and was effectively replaced by the new 4 seater Lynx tourer for the following year.

This smart example was first registered in London on 21st June 1932. Little is known of its early history, however, old copies of logbooks show the car to have been residing in Solihull during the mid 1950s.

A comprehensive restoration was undertaken between 1987 - 89 and the car still presents very well, although it has seen little use in the last few years due to the owner becoming unwell. A Merlin Series engine is fitted and the car is running well, with good oil pressure. The ‘Silent Third’ type gearbox changes positively and the car feels tight and sound throughout.

There is an album of photographs showing the restoration in progress and the original London registration number remains on the car.

An attractive sporting Riley, it has good serviceable weather equipment, including a full tonneau cover.


We are located 10 minutes from the A3 at Petersfield.