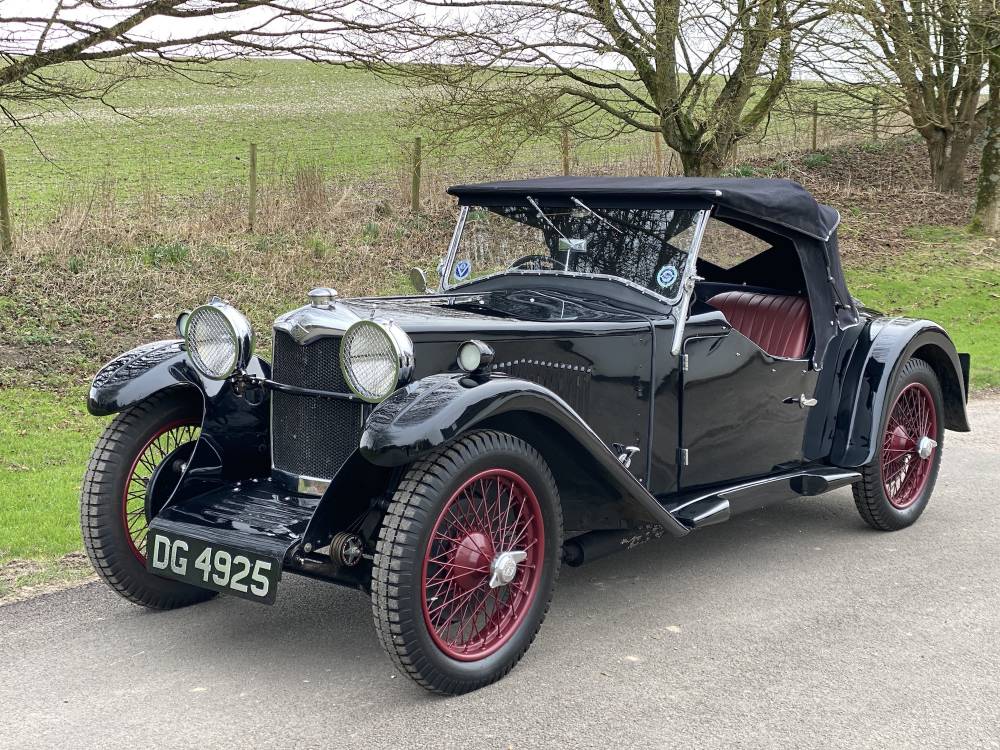 Reputed to have been named after the RAF’s Gloster Gamecock fighter plane, this sporting two-seater Riley made its debut at the 1931 Olympia Motor Show as part of the new range of models for the 1932 season.

The example presented here has benefited from much work and considerable expenditure in recent times, including an engine rebuild by a well-known specialist, using a stronger Merlin crank, lightened flywheel, Omega pistons and Kent cams. Additional work has included overhaul of the gearbox, rear axle and steering box.

The wheels have been rebuilt and much electrical work carried out. The tyres have also been recently renewed (Longstone block pattern) and a Bosch 009 distributor with automatic advance has been installed.  An alternator has also been fitted and the car has recently been set up on a rolling-road.  Additional useful features include hazard warning lights and power take off for a satnav.

A really well – sorted sporting Riley, it is a pleasure to drive, feeling taut, lively and precise on the road.  Quality hood, tonneau cover and sidescreens and hood bag.

The UK is currently in total Lockdown and therefore closed for physical viewings.