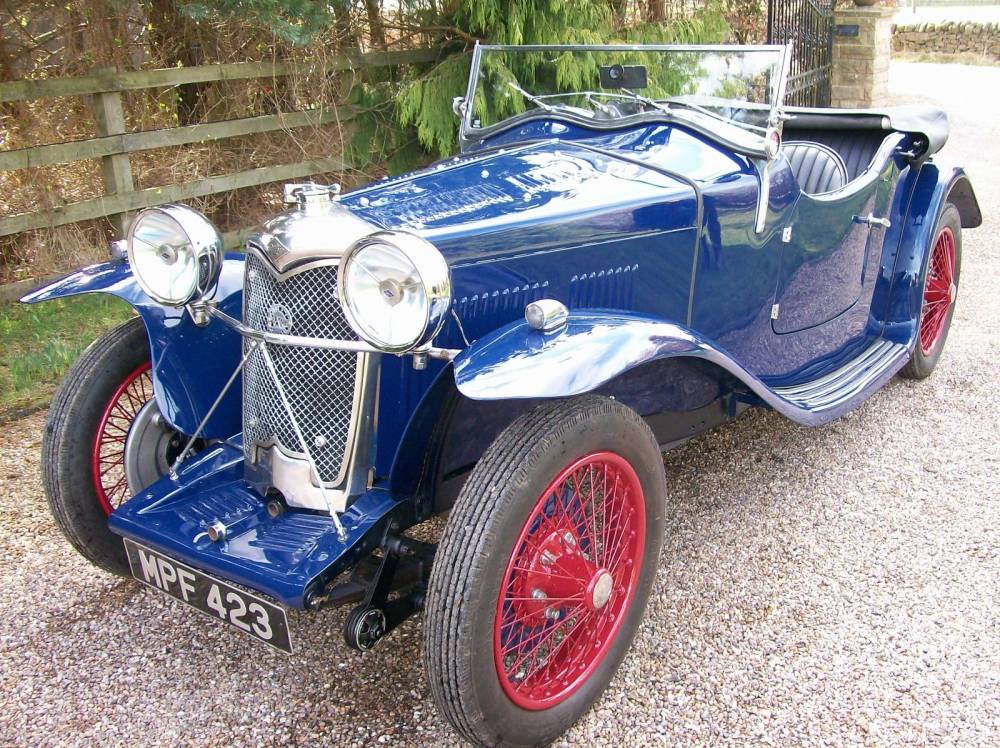 Available on the 1932/3 ‘Plus Ultra’ chassis, the March Special bodies were built by Kevill Davis & March (Of which the grandfather of the present Earl of March was a partner).

Approximately 53 of this model are believed to have been build, of which some 27 are identified by both chassis and registration numbers by the Riley Register.
A stylish and exclusive ‘2 plus 2’ sports model, priced at £335, the March Special was intended to sit between the outright competition models and the recently introduced Lynx tourer.

This example was first registered in December 1932 and has been known to the Register for many years. It is well documented and has benefited from a recent engine rebuild and ongoing careful maintenance since being restored some years ago. Fitted with a close ratio gearbox, it drives very well, with the positive handling that was always the hallmark of Riley cars.

The wheels have recently been rebuilt and powder coated and are shod with Dunlop tyres and in all, the car is of most appealing appearance in its Royal Blue livery. There is an RF60 buff logbook dating back to 1959 included with numerous bills etc.

A rare opportunity to acquire a very good example of this most desirable sporting Riley.