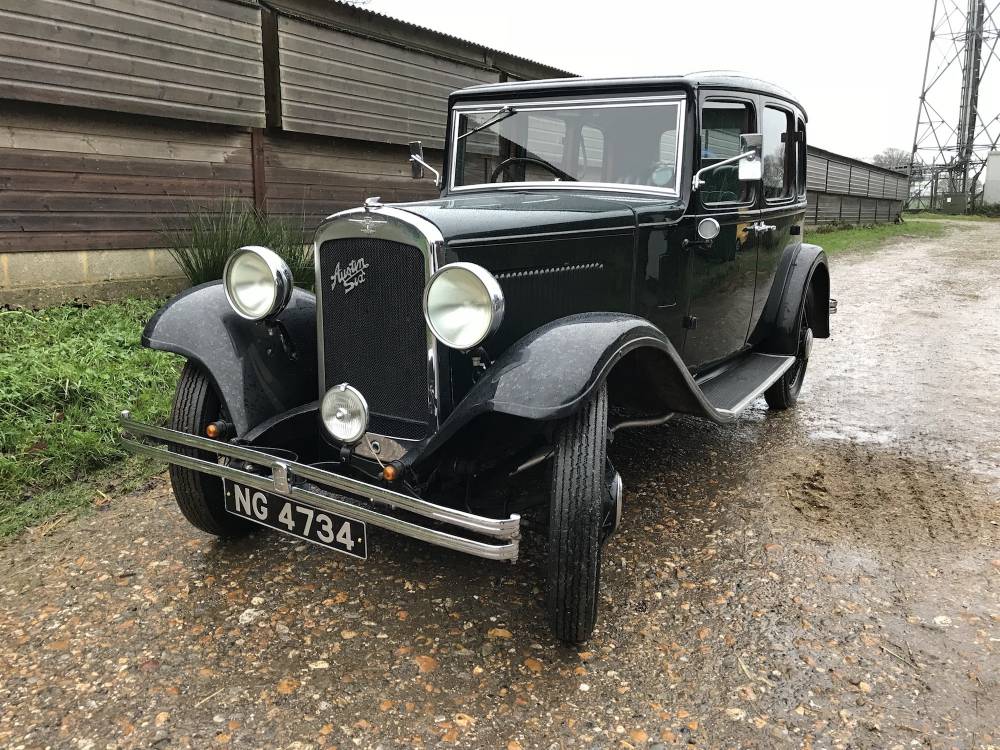 Austin launched the 'Twelve Six' in January 1931 as an entirely new model to bridge the gap between the Twelve Four and Sixteen Six ranges. Powered by a monobloc 1.5 litre engine rated at 13.9 hp this new model was smooth running and economical - Austin boasted '5 to 55 mph in top gear' such was the flexibility of this new power unit. With a very competitive price of just £198 Ex Works for the Standard model it soon proved very popular. A De Luxe model was also available and it is one such example offered here.

In the current owner's hands for the past seven years, this car has had thousands of pounds spent on it recently, including an engine rebuild and full retrim.

Tastefully finished in dark green and black with green interior trim, the Austin presents very well and benefits from an S.U carburettor conversion, offering greater fuel economy. A substantial file of paperwork includes the original Driver's Handbook and List of Spare Parts and the bills for the most recent work.

A characterful Post-Vintage Austin which should prove most enjoyable to own, it is catered for by both the Vintage Austin Register and the Austin Ten Drivers' Club.