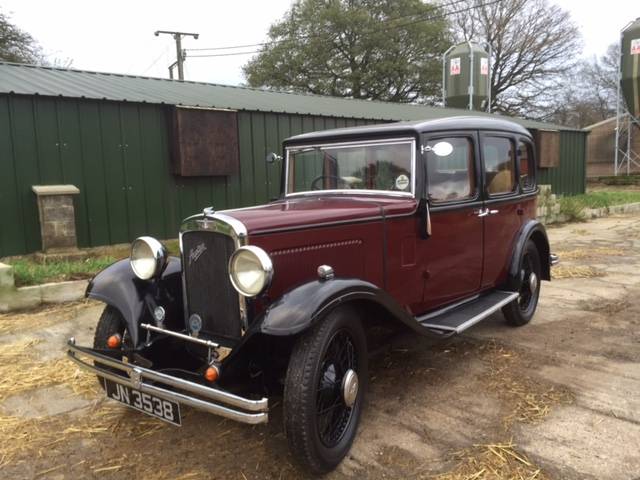 The Light 12/4 was to appear in 1932, alongside the 6 cylinder version that had made its debut the previous year. The new model was intended to bridge the gap between the 10 hp range and the ageing 12.8 – which became known as the Heavy 12/4 in order to differentiate between them.

Offered here is a late 1933 model which has been known to me for many years. The subject of a sympathetic restoration during the mid 1980’s, the car has aged nicely and presents well, although there is room for improvement to the paintwork in some areas. The interior is very smart with the front seats having been re-trimmed in more recent times.

Mechanically, the car would seem to be in first rate condition and it drives without fault, pulling very well on the hilly terrain around our area. It has been professionally maintained and clearly much loved.

Original features such as the Bakelite ashtrays, rear window blind and spare wheel cover are present – so often these items are missing on similar models.

In summary, a smart and well cared for example of this enduring model, offered with the original Handbooks and numerous maintenance receipts and retaining the original Southend On Sea registration number.