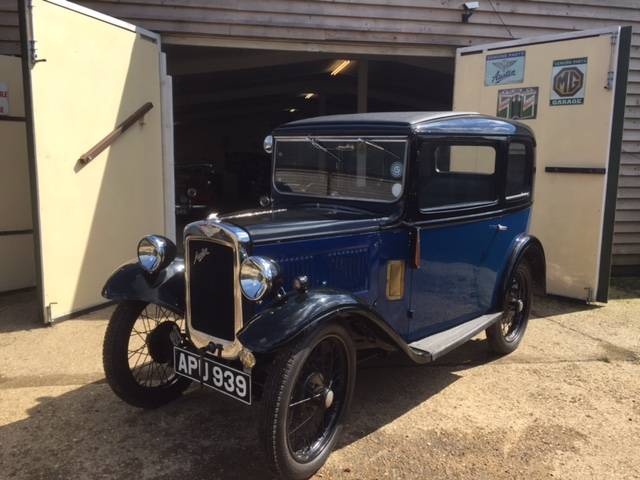 The final series of the ‘Box’ Seven models, the RP was introduced in October 1932.

This series featured a rear mounted fuel tank and four speed gearbox, along with various additional revisions, ensuring the Austin Seven remained a best seller, with the ‘RP’ remaining in production until July 1934, before being replaced by the redesigned ‘Ruby.’

This very well restored ‘RP’ was first registered in Essex in October 1933 and retains its original index number.

Much history is provided, showing the car to have first been restored in the mid – 1960’s. It was to participate in a number of rallies and events and details are recorded in the document file. During 2009 the car was to undergo a further restoration – this time to a far higher standard than the earlier effort and many photos are supplied showing the work in various stages of progress.

The Austin Seven is still one of the most recognized and fondly remembered of all British cars and benefits from enviable club support and spares availability.