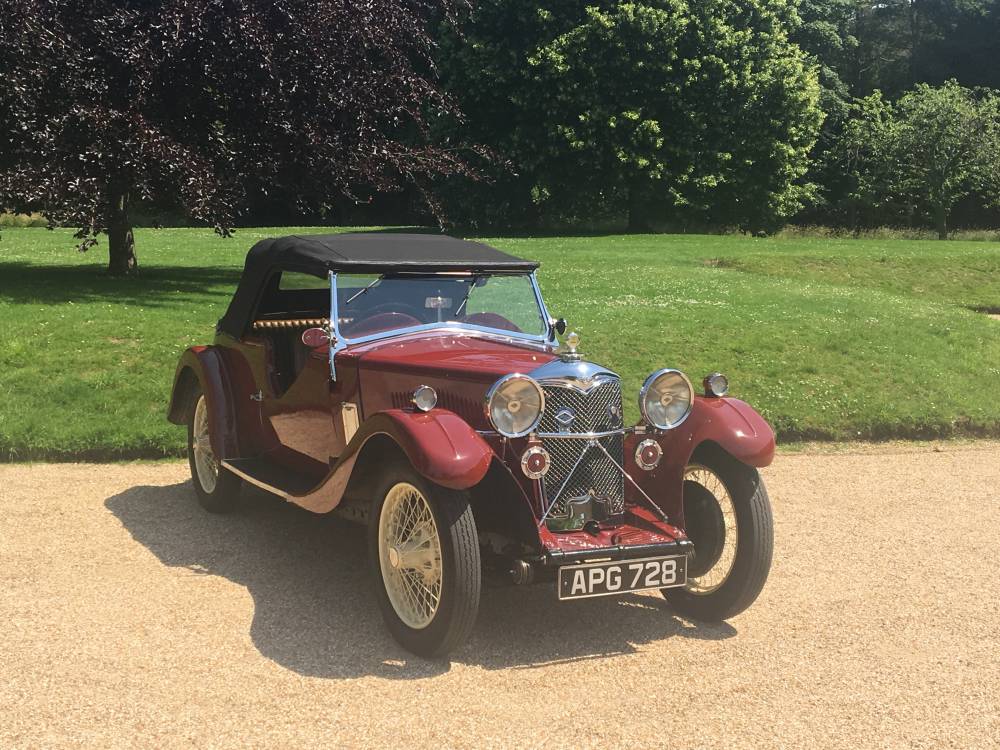 This example of the sought after ‘disappearing-hood’ Lynx Nine has been known to us for some years.

It spent some 30 years in Holland, where it underwent extensive restoration, before returning to the UK during 2010 and being reunited with its original Surrey registration number.

It has been enjoyed and used on various events by its enthusiastic owners, including participating in the Fougere Rally a few years ago and has proved very reliable.

The weather equipment is in serviceable order, with the sidescreens  having been recently renewed whilst the interior trim, in brown leather, is also in good condition.

The car has the Special Series engine with twin SU carbs, and an electric cooling fan has been fitted, for peace of mind during Summer weather, while flashing indicators ensure added safety in modern traffic.  She has just recently undergone extensive work by marque specialists which has included a gearbox rebuild and resetting of rear springs, and a full engine tune and replacement of the oil pump.  Some electrical remedial work has also just been carried out including fitment of a reconditioned starter motor.

In all, a most attractive Lynx which is sure to provide much enjoyment to its new custodian. Included in the file of paperwork are photos of the car in Holland, information from previous owners and a copy of a magazine article regarding the Riley Nine. Also supplied is a copy of the Maintenance Manual.

Delivery can be arranged