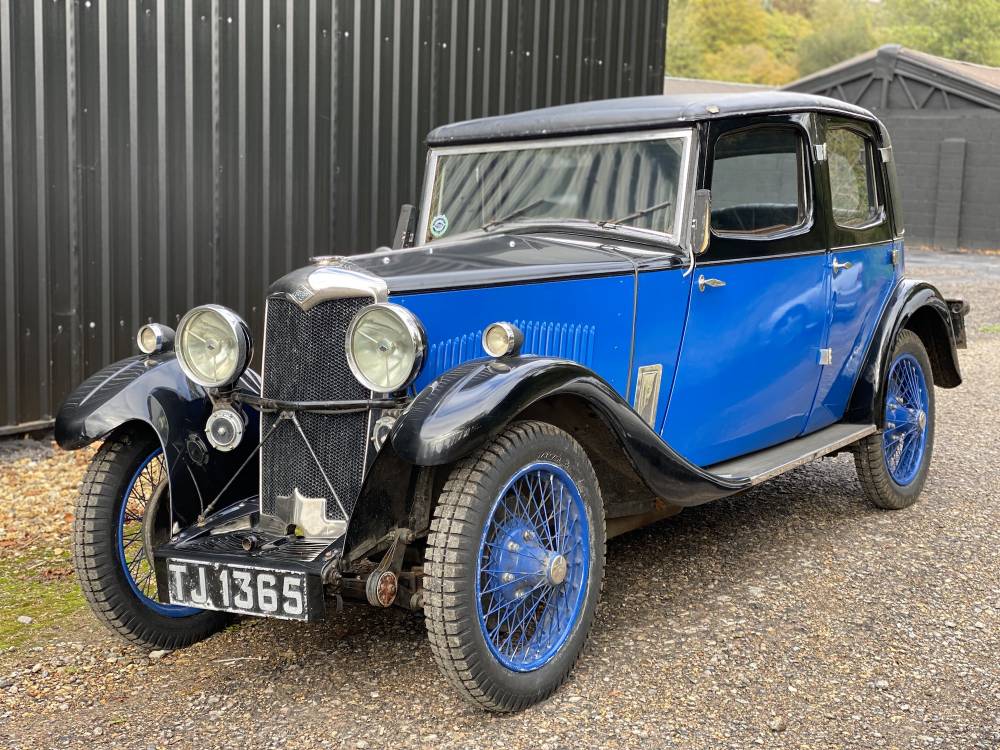 From its debut at Shelsley Walsh in the Summer of 1926, through until it ceased production towards the end of 1937, the Riley Nine Monaco was to prove a great success and became highly regarded for its high standard of handling and performance. Priced at £298, it was very much the car of choice for the family man who wanted a saloon of this size with sporting inclinations.

First registered on 8th April 1933, this Monaco has been in enthusiastic hands for many years. Recent work has included the fitment of an alternator and replacement of the cylinder head gasket, plus a full set of Longstone tyres, which have just been fitted.

In sound condition and running very well, this car was driven 55 miles to us without missing a beat.

The engine is the Special Series unit with twin SU carburettors.

Many bills are provided, along with a buff RF60 logbook which dates back to 1955.