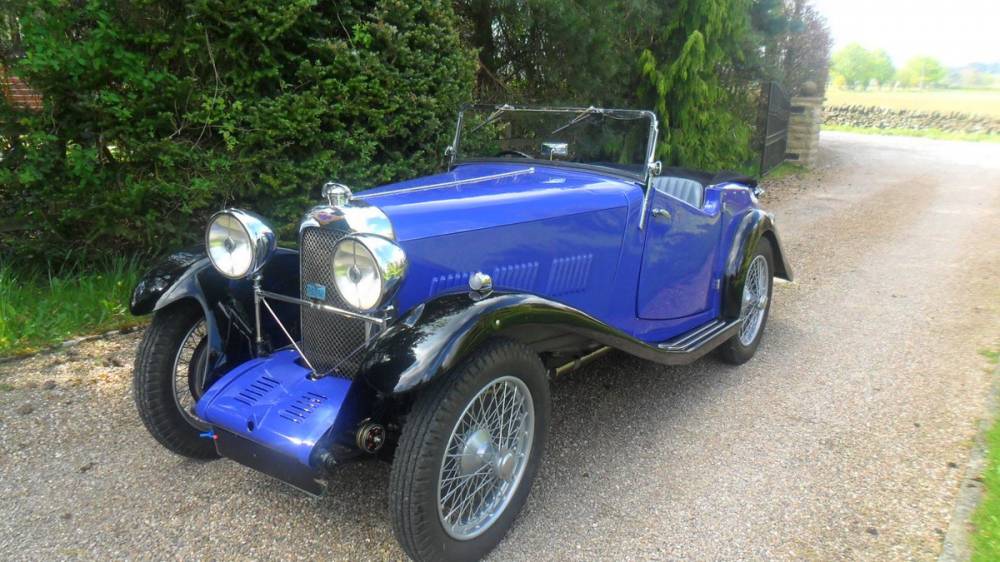 Appearing in 1934, the Rapier was Lagonda's quality small car aimed at the highly popular 1100cc sector of the market. Featuring an all-new 1104cc engine with twin overhead camshafts developing an impressive 50 bhp, this new model was available with a variety of coachwork styles, a large proportion of cars having bodies by E.D. Abbott Ltd of Farnham.

Presented here is an example of the 1934 Rapier with two seat tourer coachwork. Understood to have originally been an Abbott bodied drophead coupe according to Club records, it was rebodied some years ago. In recent years the car has been the subject of a major restoration from the bare chassis, with enormous amounts spent. There are a number of photographs included with the documentation showing this work under way. Chromework was replated, much electrical work carried out, including a full rewire, whist the engine and preselector gearbox were apparently dismantled and thoroughly checked.

The hood and sidescreens have also been renewed and the car is of very smart appearance all round. The vendor is now reducing his collection and a new home is sought for this attractive small Lagonda.

The car retains its original registration number and a buff RF60 logbook is included, which dates back to 1956.