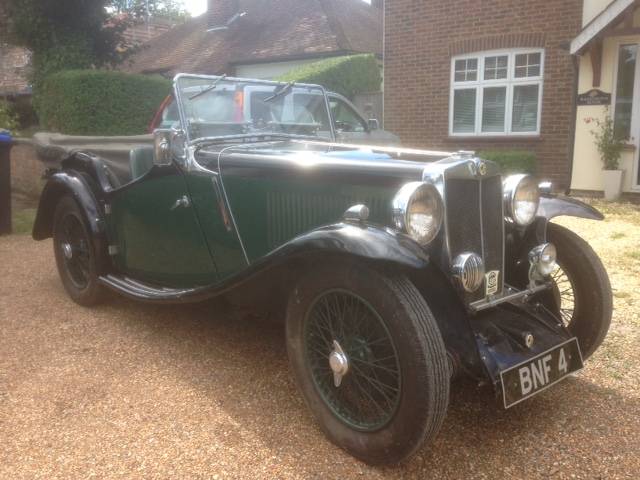 Produced between 1934 – 36, the ‘N’ Series Magnettes were the last of the 6 cylinder OHC models.
Presented here is a Four Seat Sports Tourer version, which is reputed to have been supplied by Cockshoot & Co. Ltd of Manchester to its first owner, having been previously used as a demonstrator. It is believed that the car was in use until around 1960, when it appears to have been taken off the road and subsequently dismantled.

The car was purchased by the present owner’s Godfather in 1982 and an extensive professional restoration was undertaken, this being completed some two years later. The MG was used for many events, both in the UK and Europe, including several rallies and hill climbs and was to remain in the same ownership until 2003. At this point, the car was inherited by the current owner’s mother and was to see occasional use in and around the Surrey area.

Although the restoration has aged somewhat, this now rare MG is still in very good order and presents well. It has recently been fully serviced by a local specialist.

The 6 cylinder MG models were always noted for their smooth power and are a delight to drive. The Four Seat Sport Tourer is ideal for those in need of a car that has space for family or friends for rallies and social runs. Well known to the MGCC Triple M Register, it is ready to provide enjoyable and brisk motoring.

The documentation includes a VSCC Buff Form, along with the original Instruction Manual (A very rare item)  Numerous receipts are also supplied, plus a considerable amount of relevant material relating to these cars. The highly distinctive Manchester registration number remains with the car.