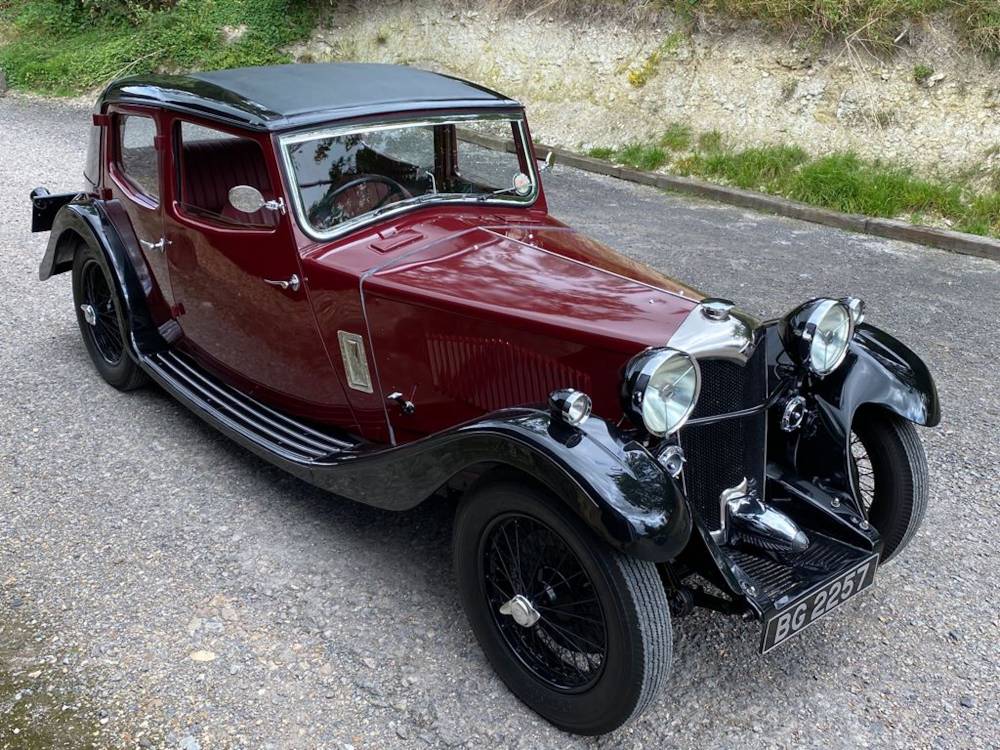 The Kestrel design was particularly advanced when it made its debut at the 1932 Motor Show. The nascent years of motor car streamlining saw a variety of styles, but the Kestrel was not only one of the first, it was also one of the most stylish and attractive, in keeping with prevailing Art Deco trends in the automotive world. The earliest models were available with a choice of two six-cylinder engines, rated at12 or 14hp, with a smaller 9hp model following later in 1933.

This fine example is a 14/6 version, first registered in Birkenhead on 22nd March 1934 and has ownership history dating back to the 1950’s. Several changes of ownership are recorded with the car residing in Croydon when it was acquired in a dismantled state. During 2001 an extremely thorough restoration was embarked upon, ultimately being completed in 2013. The odometer was zeroed when the cars was put back on the road and today just 4820 miles have been covered since completion and rebuild of the engine.

The Kestrel presents superbly and is almost certainly among the very best survivors of what is now a very rare and extremely desirable Riley. The engine runs sweetly with plenty of power making this car a true joy to drive. It is easy to imagine the impact this striking model had with its brisk performance and top speed of 75 mph, at a time when most saloon cars of similar size could barely exceed 60 mph.

Fastidiously maintained and in first class order, the Kestrel is offered with a photographic record of the restoration and a large file of documentation which includes the original Instruction Manual and Spare Parts List, along with numerous invoices and information for the lucky new owner.