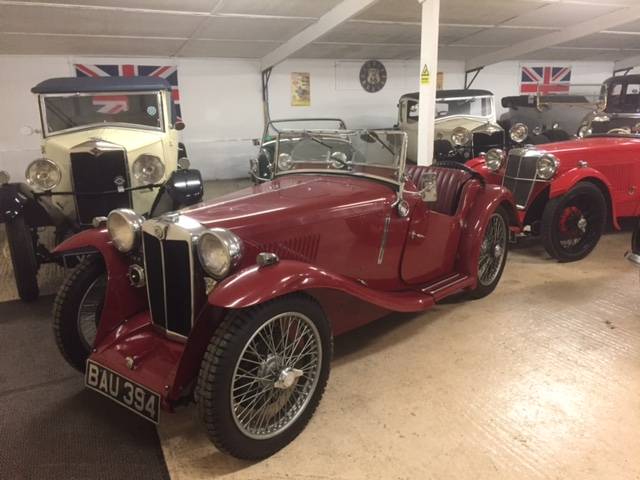 The replacement for the ‘J2’ Midget was introduced in March 1934 as the PA Series. The most welcome improvement was the new engine, which although still displacing 847cc, had the benefit of three main bearings and a much stronger crankshaft. The lubrication system was also revised, with vastly improved filtration. The cylinder head was also redesigned, as was the gearbox and the rear axle was now stronger.

The PA was to prove a considerable success, with some 1,973 being produced.

As well as the 2 seater, there was also an ‘Airline’ Coupe and a 4 seat tourer variant. The 2 seater was priced at a very competitive £220

The example offered here was the subject of a professional restoration by a well regarded specialist, this being completed around 13 years ago.

Subsequently it was been carefully used and well maintained, as the receipts supplied show. When the model was modified to become the ‘PB’ in late 1935, a number of PA models were upgraded by the Works to PB specification, as the new engine was now 939cc, developing a healthy 43bhp.

This car has also been fitted with the later PB unit at some point and feels very sprightly and responsive, with the distinctive, crisp exhaust note that is very much a part of the P Type character.

Of smart appearance in its livery of Carmine Red with deep red interior, it has recently had a new set of Blockley tyres fitted and is all ready for the coming season.

Much paperwork is included, with a number of bills dating back over more than half a century, plus a letter from a former owner back in 1961 and several copies of photographs of the MG taken around 55 years ago.

Viewing strictly by prior appointment, please.