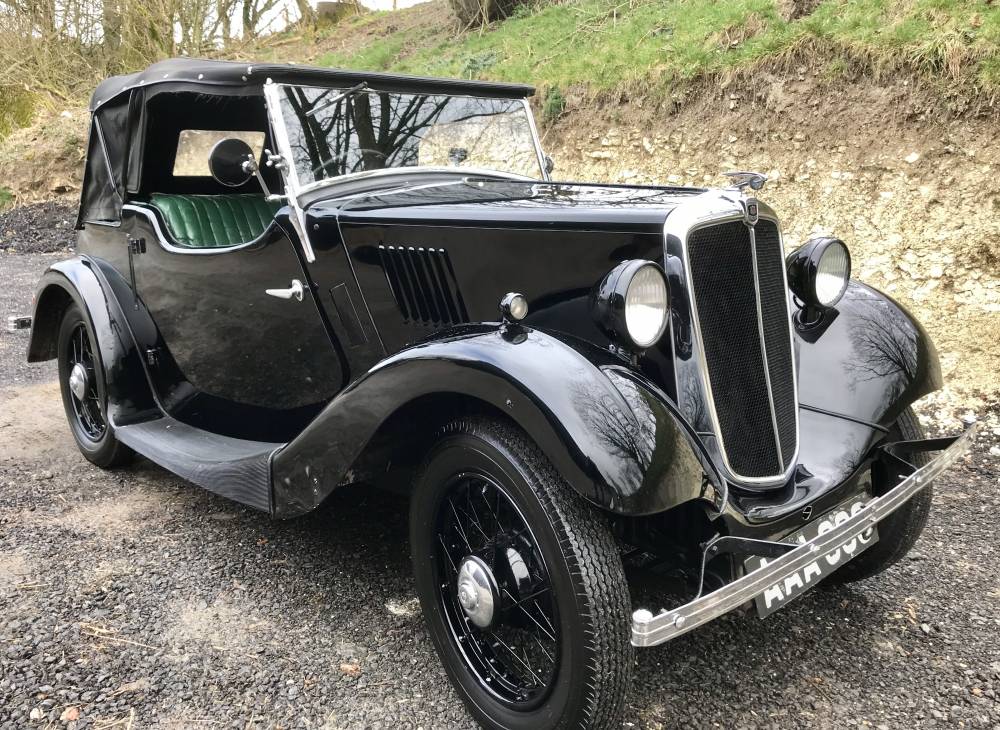 Making its debut in September 1934, the Morris Eight was to become one of Britain's most loved small cars.

Offered here is one of the most original Morris Eights we have encountered for a long time.  A Pre-Series two Seat Tourer, it was first registered in Hampshire on the 17th January 1935 to its first lady owner.   The car was to remain in her hands until 1973 whereupon it was inherited by the lady's gardener!  In this second ownership the car was cherished and used regularly attending many Morris events and rallies being regularly maintained.  Of generally smart appearance bodily and extremely sound and running very well the car has had a replacement hood some years ago.  The interior is original and, as would be expected, is worn and in need of some tlc.  The side screens are good and serviceable.

A two owner motor car of this age is indeed a rare find, especially one that has remained in the same area all its life.  Catered for and supported by the Morris Register, the Morris Eight is a particularly easy and rewarding pre-war car to own.