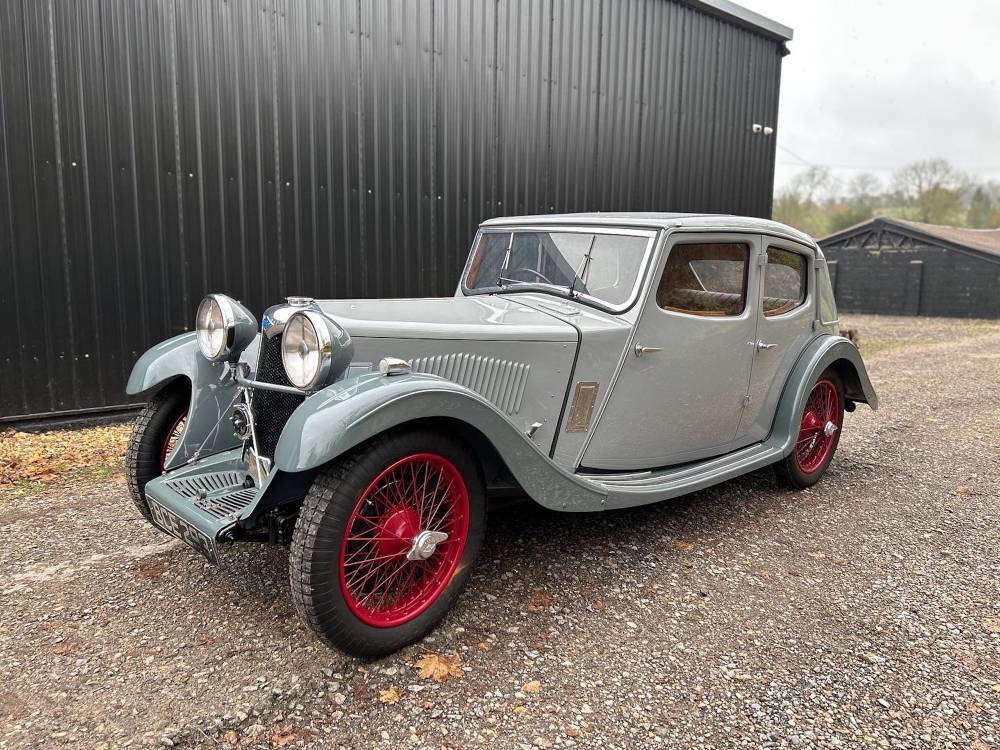 Arriving soon at The Garage


Riley were one of the pioneers of the ‘fastback’ design with the Kestrel, which made its debut at the 1932 Motor Show powered by the 6/12 engine and a 9hp version was soon to follow.

The striking ‘Aero-lined’ coachwork won many admirers and within a couple of years several other manufacturers were offering saloons with sleeker streamlined design.

The Riley Kestrel was to evolve through several permutations and with engine options from 9hp up to 16hp, being available until 1939 by which time the Company had come under the control of the Nuffield group.

The later examples were fitted with the pre-selector transmission.

This 1935 model is in very good order and has benefited from considerable care and attention whilst in the care of its current owner.

Full details, photographs and a video will be updated as soon as she arrives.