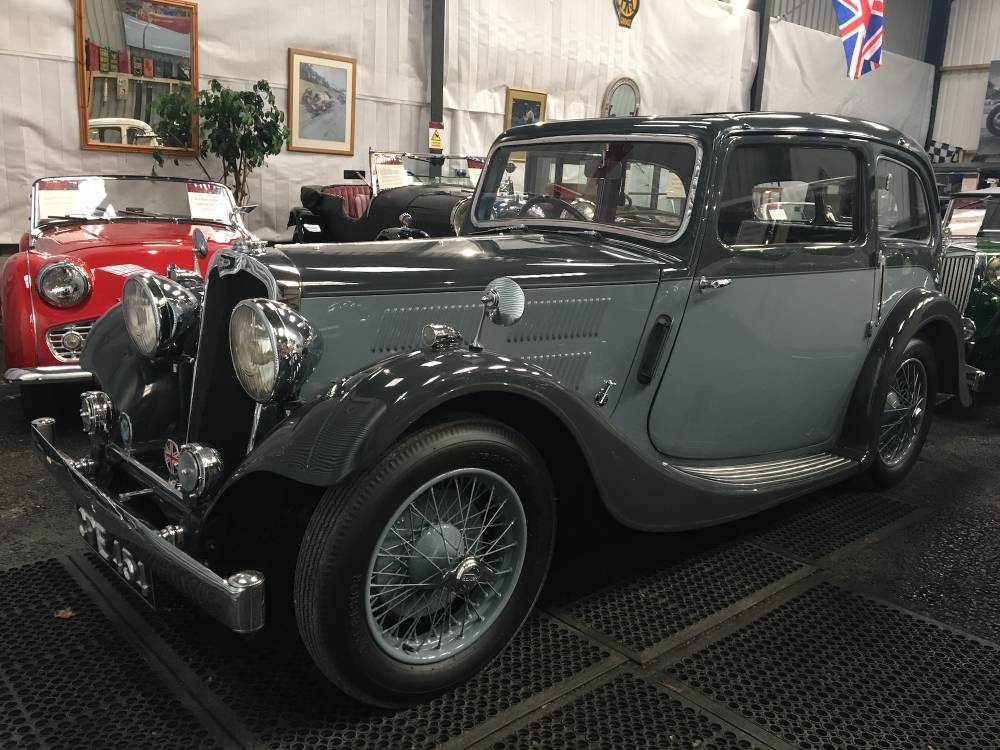 Between 1934 - 1938 Triumph produced a broad range of Gloria sporting saloons, coupes and two seaters. Power came from Coventry Climax engines which were modified and built under licence by Triumph.  At this period, Donald Healey was the Company’s Technical Director, being responsible for the design of all models.

Triumph were well equipped and attractive motor cars which were direct competitors to Riley, MG and Singer. Features incorporated on these cars included Lucas ‘Startix’ and freewheel which enabled clutchless gear changing.

Today, these cars are catered for by the excellent Pre ‘40 Triumph Owners’ Club, with great backup and support.

We are delighted to offer for sale a particularly striking 1935 example of the ‘G12’ Coupe. Of most appealing appearance in two tone grey with blue leather interior trim, this car was the subject of a painstaking restoration some years ago over almost four years, which resulted in a ‘Best In Show’ award at Hanbury Hall Triumph International Rally.

The car remains in excellent condition and drives very well. There is a vast file of documentation, which includes copies of original sales brochures, numerous bills and photos of the restoration in progress. The car retains its original Surrey registration and a photo of the car with the second owner, taken in 1937. There are also photos of the car taken in the 1960’s and then in 1971 when it was discovered in need of restoration.

Interestingly, there are apparently only four examples known to survive with this style of coachwork - this being the only 1935 model Coupe known.

A rare opportunity to acquire a most interesting and stylish motor car.