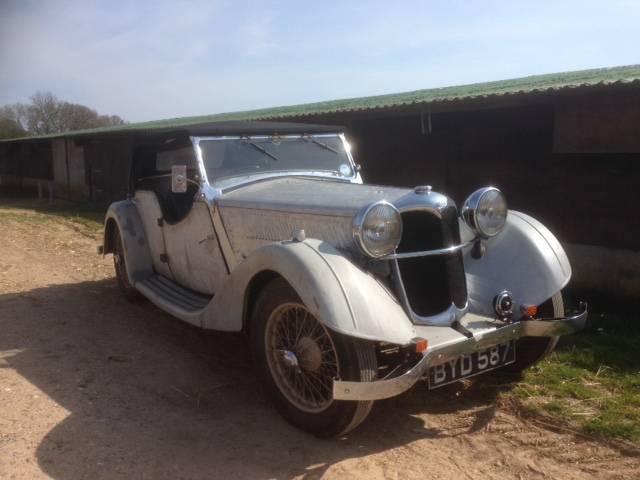 Offered for completion of restoration, having been purchased in 2011 as a rolling chassis, this Lynx has already undergone extensive work, which has included new rear body frame, plus overhaul of the engine and gearbox by Blue Diamond Services. The hood has been renewed recently and the front sets recovered in hide.

Supplied new to its first owner in Clevedon, Somerset on 23rd September 1936, the car was originally finished in maroon. Little is known of its further history until it was taken off the road around 1982 and restoration commenced.

The car is in need of paint, some trim work and refitting of the wings and general finishing. It is currently running and having driven it around the farm, there is little doubt as to its good mechanical condition. The hood has been replaced recently and sidescreens are included.

Given the rise in value of this desirable model in recent years, this is an excellent project which has already had much done and will prove most rewarding.

The car retains the original Somerset registration number BYD 587 and has always been known as ‘Biddy’ The chassis number is 27L 5311 and engine number is L 5305.

A V5C document is supplied, along with photographs of the car in 1966 and during 2011 with the body frame undergoing work. A large number of bills etc are also on file. Offered on behalf of the owner who is now concentrating on his collection of Brough Superior motorcycles and is too busy to complete this Riley!