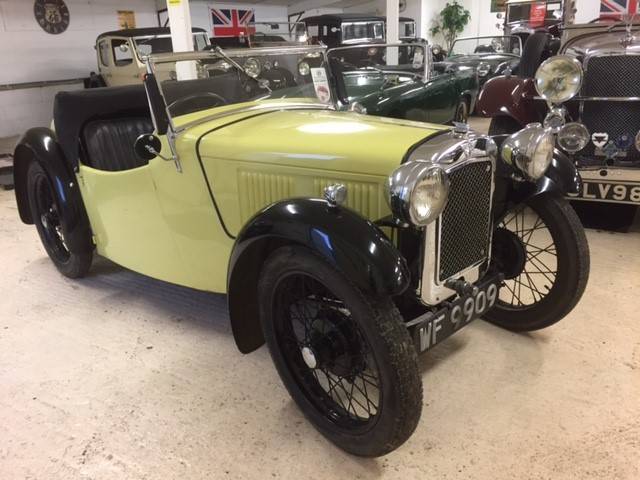 The last of the Austin 7 Sports models, the Nippy, introduced in 1934, followed on from the Type ‘65’ EB Series which had appeared the previous year. Whereas the earlier car had aluminium bodywork, the Nippy was to use a stronger steel body. Although the splash fed crank type engine was fitted to this model originally, the pressure fed sports engine could be specified if required at extra cost from February 1936 until production ceased early in 1937.

The example offered for sale here is one of the last of this model, having been registered on 20th February 1937. Restored to a very good standard some eight years ago, it is to the correct specification with all original ‘sports’ parts. The engine has been rebuilt using the stronger Reliant crank and rods, whilst the original sports ratio gearbox has also been rebuilt, as has the rear axle, which has the 5.625:1 ratio. The Girling braking system has also been overhauled and, in all, this is a very well sorted example of this sought after model that is ‘on the button’ and ready to go. The car has its original distinctive Sheffield registration number