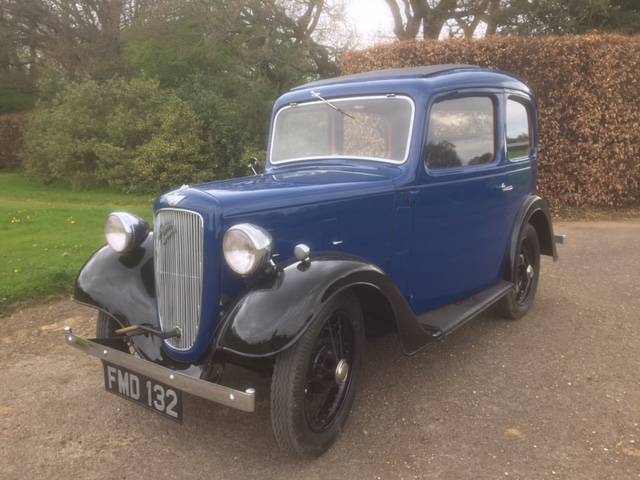 The new Ruby was to prove immensely successful and ensured the Seven remained a best seller. In total, almost 291,000 of this much loved motoring icon were produced and today the Seven’s following is as strong as ever with numerous clubs throughout the World supporting enthusiastic owners.

First registered on 16th January 1937, this example of the Mk II (AAR Series) Ruby underwent extensive restoration which was completed approximately 10 years ago.  Still presented in extremely good all round order, the car has won various concours awards.  Towards the end of last year a replacement clutch was fitted and a new battery was installed last week.  The distributor has also been renewed.

A delightful example of the immortal Ruby and ready to enjoy this Summer.