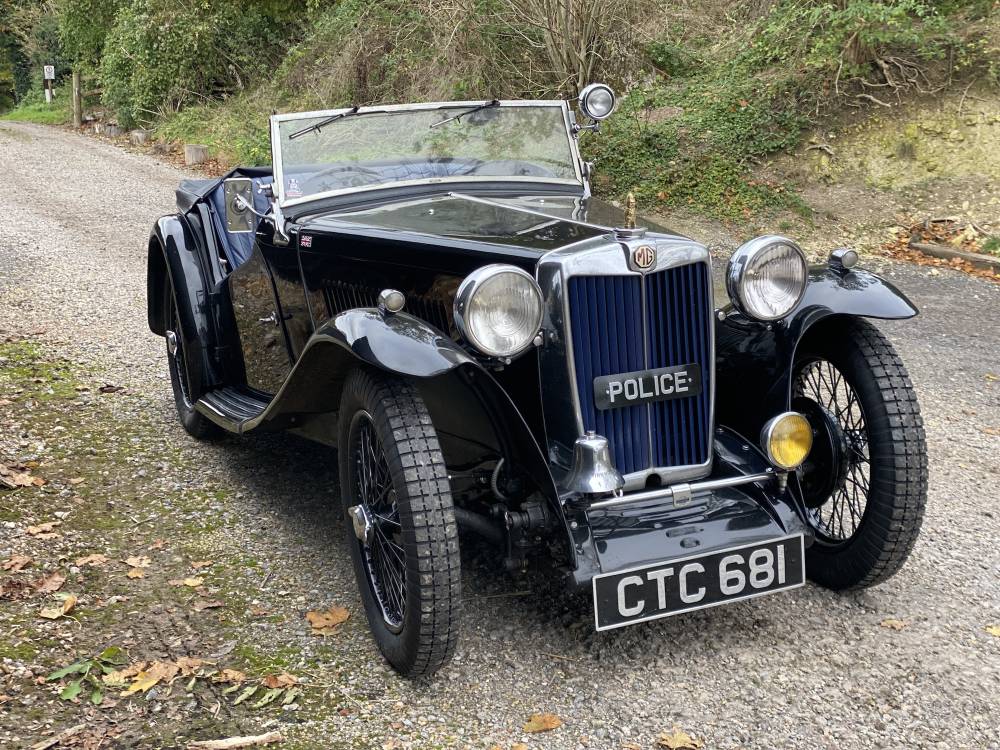 Supplied new to Lancashire Constabulary on 13th September 1937, this MG TA was one of a number of MGs used by them at that time. It is recorded that the original engine was replaced 3 years later by the police workshops with engine number MPJG 1913, which had been removed from another TA (CTC 683)

The MG was to remain in the ownership of the constabulary until sold in 1946, for considerably more than its original list price due to the shortage of new cars in the immediate post war period. Ownership details are logged from then on, right through to recent times.

The MG subsequently underwent extensive restoration which was completed in 2015, with a later XPAG engine fitted, together with a five speed ‘Type 9’ gearbox, making for more relaxed motoring at around 50 mph.

In September 2017, this car was the subject of a seven-page feature in the MGOC magazine ‘Enjoying MG’ and is complete with the police equipment of bell and ‘police’ plates (which should be used only for display purposes)

With a very good vinyl hood and tonneau cover, this MG is sure to create interest with its distinguished history.

The original Instruction Manual is provided, together with the aforementioned magazine article and a RF60 logbook dating from 1964. A number of photographs are also supplied including an image of the car on patrol duty when new.