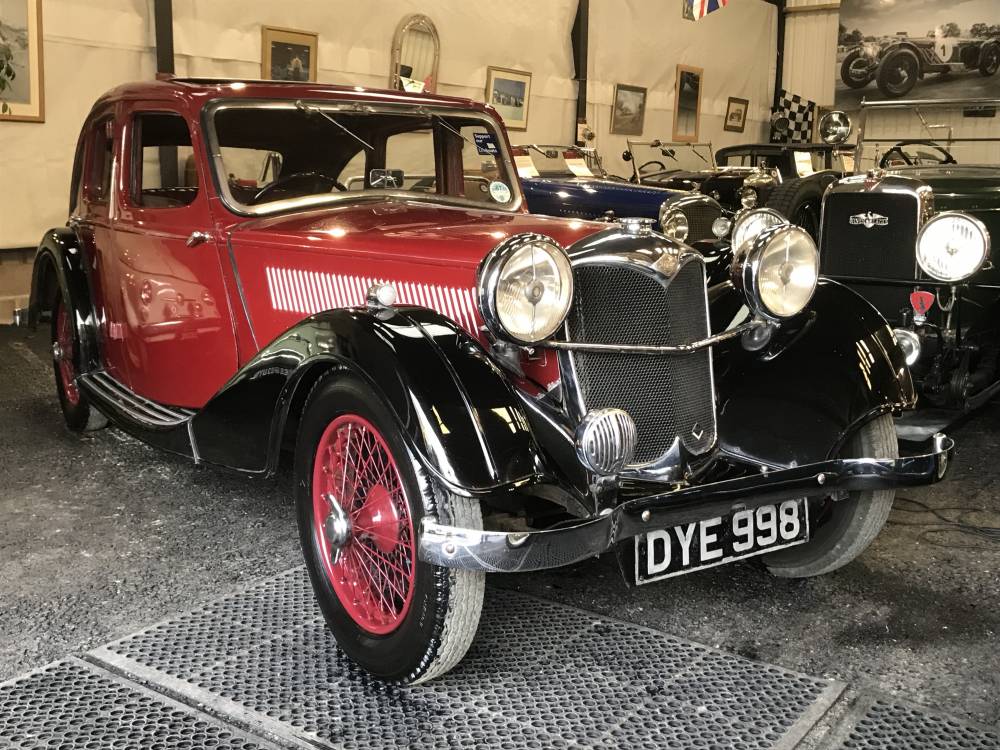 Continuing the streamline theme, which Riley had established with the introduction of the Kestrel at the 1932 Motor Show, the body style was revised with the new ‘six light’ model which was introduced late in 1935, for the 1936 season.

Low, sleek and looking elegant from every angle, the Kestrel was one of the best looking sporting saloons of the period and it must have caused quite a stir at a time when so many family cars were still of conservative ‘upright’ appearance.

The example we offer here was first registered in June, 1937 and is of presentable appearance overall and the interior trim is in good, tidy condition.

Due to bereavement the car has been unused for the past eighteen months and will require light recommissioning, it presents an opportunity to acquire one of these most attractive sports saloons for a modest sum.