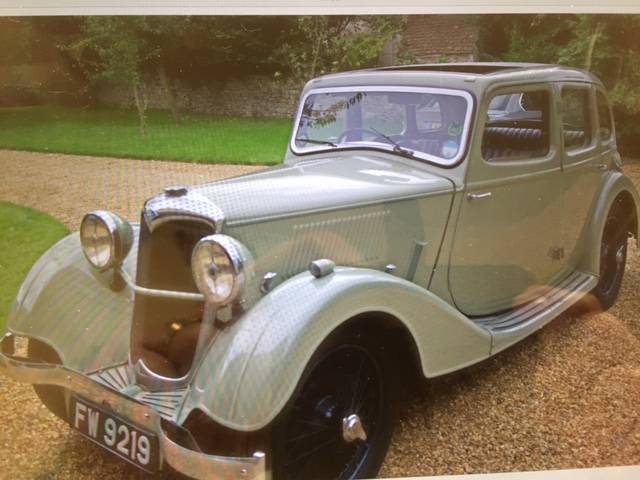 The redoubtable Monaco was beginning to show its age by 1935 as its shape had changed little since 1927. An entirely redesigned model was to be introduced during the latter part of the following year, taking its styling cue from the larger ‘Adelphi’ model, the 1937 series Monaco was very much in keeping with modern trends, with a sleeker look and sloping boot.  There was a choice of Preselector transmission, or a Borg-Warner 3 speed gearbox with dual overdrive. The original Monaco price tag of £298 was retained, making the new car a most attractive proposition for the motorist who required a quality car of this size.

Presented here is one of the most original and unspoiled Riley saloons we have encountered for some while. With the exception of a repaint carried out over 40 years ago, this Monaco is pretty much as it left the Riley factory some 78 years ago. The recorded mileage stands at just 58,850  and the car has extensive history from new, together with all original handbooks, while all fixtures and fittings are correct.

A very rare find, this charming Riley has considerable appeal to those who appreciate originality.