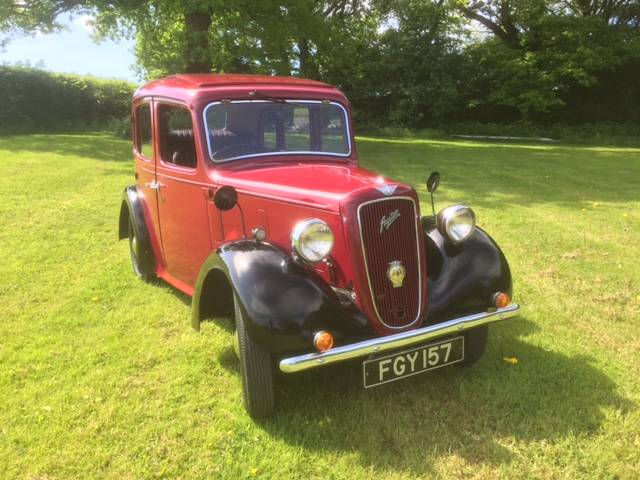 Finished in Cherry Red and Black with tan interior trim, this example was restored to a very good standard several years ago and is in extremely good all round order. Fitted with an SU carburetor, the car feels lively and willing on the road.

An album of photographs detailing the restoration is supplied along with the original drivers handbook and an RF60 Log Book dating back to 1955. The car retains its original London registration number. A highly useable pre war Austin ready to enjoy.