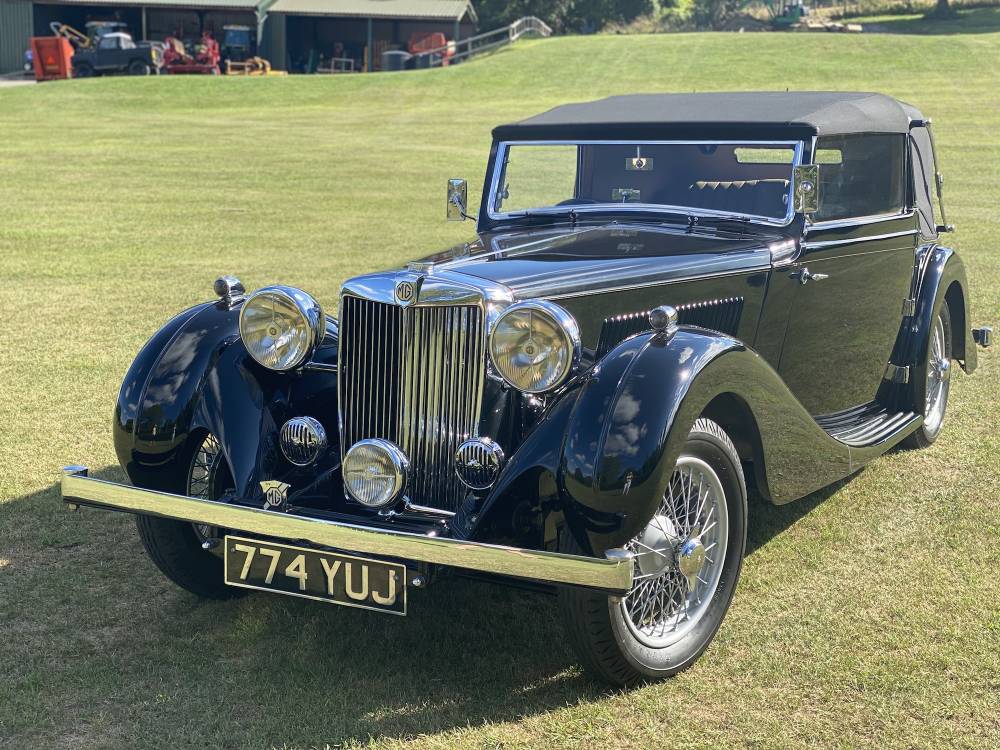 Announced in late 1935 as the MG 2 litre, intended as a rival to the offerings of SS Cars (later to become Jaguar), the initial model was in saloon form with pleasing stylish lines powered by a tuned version of the Wolseley Super Six engine enlarged to 2288cc.  A further increase in capacity was to follow in 1937 with the engine now displacing 2322cc.

Following the introduction of the saloon, in the spring of 1936 a particularly elegant Tickford Drophead Coupe joined the range and represented extremely good value at £398.  This was followed in July of that year, by a four-door tourer bodied by Charlesworth.

The car was owned many years ago by the late owner’s father, who sold the car 45 years ago to the USA, where it passed through 3 owners’ hands and subsequently underwent restoration to an extremely high standard.

The late owner was able to track down his father’s old car and purchased it in 2011 from the Arizona and the car arrived back in the UK in October that year.

Upon re-importation, the original registration number was unavailable so the car was assigned the age-related plate 774 YUJ by DVLA in May 2012.

A regular participant at MG events until fairly recently the car has always been maintained to the highest standards and copious records were kept, copies of which are included in the car’s documentation.

Possibly the finest example of this elegant model available today, it is of striking appearance finished in black with excellent beige hide interior trim and first class lined hood.

Although restored some years ago, the car remains very close to concours condition and is worthy of consideration by a connoisseur.  These cars are supported by the enthusiastic SVW Register of the MG Car Club and benefit from good spares availability.