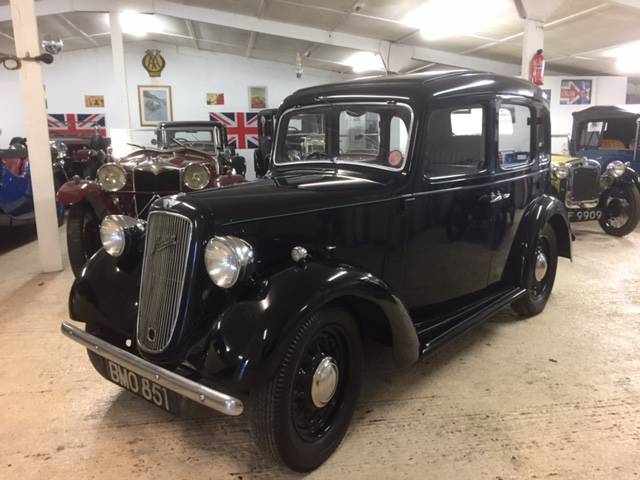 Correctly finished in blue and black, this late model ‘Sixlite’ first registered in March 1939, has undoubtedly been very carefully used through its life, as the interior trim is original and in extremely good condition.

This is a de luxe model with the sunshine roof and it would seem that the total mileage from new is only around 92,000.

Full details of ownership, service history and maintenance notes are included from 1939 right up until 2015, along with a large number of bills and information on this model. The original Berkshire registration number remains on the car . A highly useable pre war Austin with interesting history.