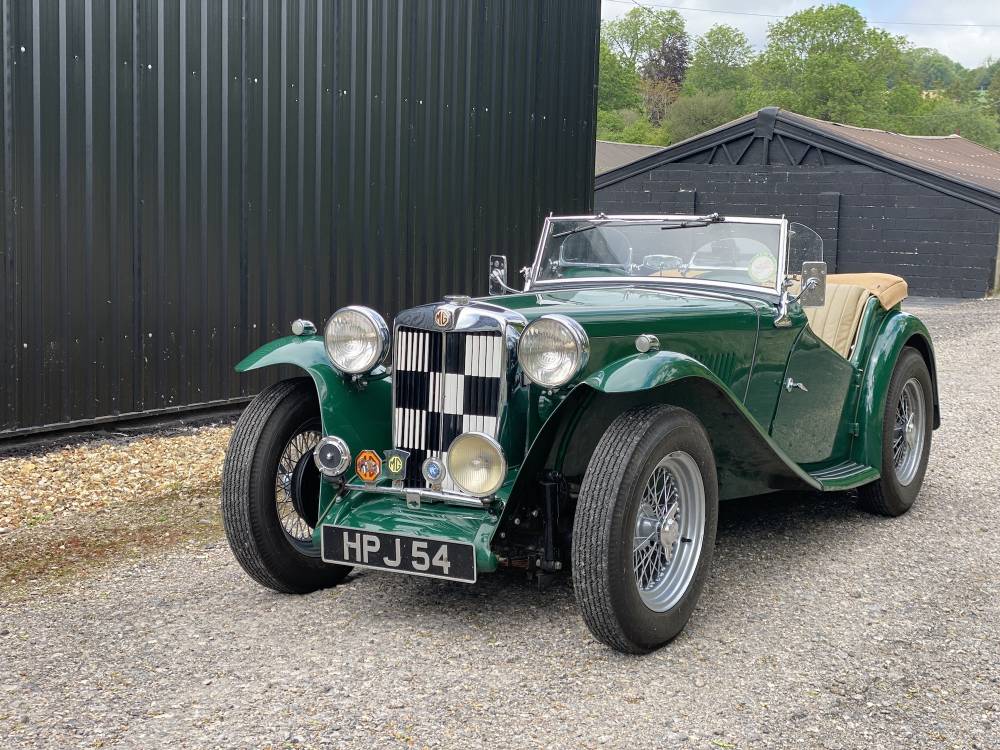 Just arrived at The Garage

The MG ‘T’ Series Midget appeared in mid - 1936 as the replacement for the previous ‘P’ Type. A slightly larger car, the new model featured a pushrod engine displacing 1292cc, which developed 48 bhp and gave a maximum speed approaching 80 mph - a very creditable performance for a car of this horsepower rating.

This example is a late model, first registered in Surrey on 31st March 1939.

It was acquired by the vendor’s father in 1963 in poor condition but was pressed into service and used until 1967 when it was taken off the road.

Fast forward 33 years and the restoration, which was to take 11 years, was to commence.

This was to include a new ash frame and body tub as well as a complete mechanical and electrical overhaul. The steering was converted to use a VW steering box and 16” wheels were fitted (these being a popular fitment to T Series MGs during the 1950s and ‘60’s)

In 2017 an Arnott supercharger was fitted, with the engine compression ratio being lowered to suit. There is an article describing the fitting which can be found at: (https:/ttypes.org/mg-ta-my-supercharged-mpjg/)

Since being returned to the road in 2011, this delightful MG has covered some 7000 miles, having taken part in MGCC T Register tours both at home and abroad. We are assured it is very reliable, lively and we can vouch for the fact it is an absolute joy to drive.

A full kit of original tools are in their correct stowage areas under the bonnet and there are aero screens and wind deflectors to compliment the full weather equipment.

A special MG that is in first class condition in every respect and certainly one of the best TA models we have had the pleasure of offering.