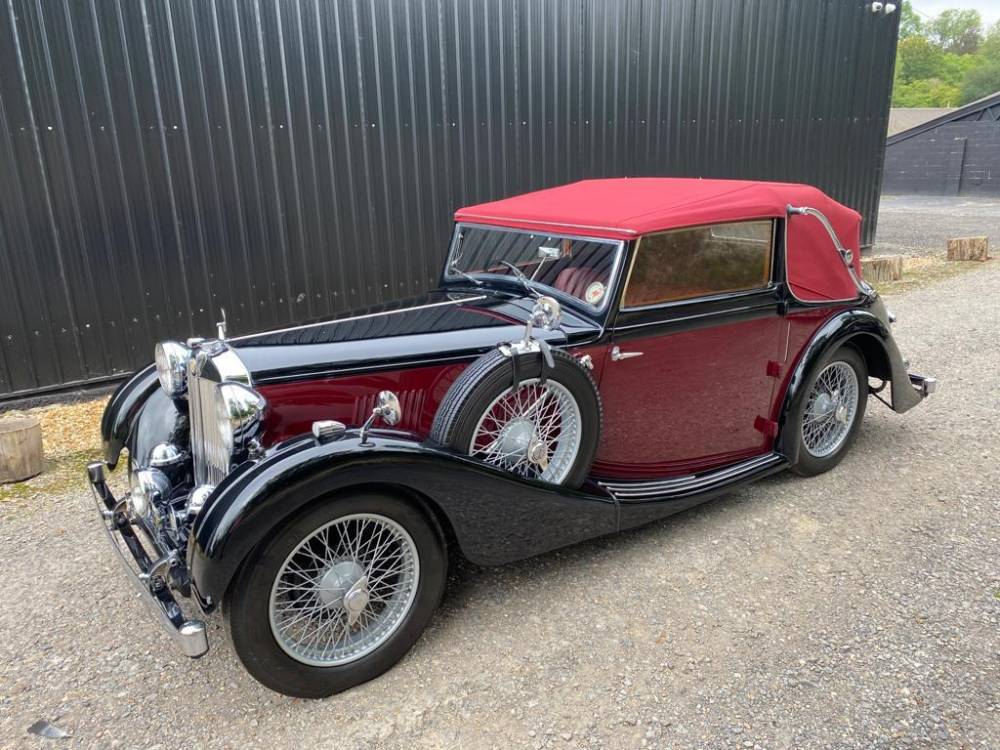 Introduced in 1937, the VA Series - or One and a Half Litre as it was officially known, was to be the replacement for the NB Series Magnette. This new model, powered by a twin carburettor version of the Wolseley 12/48 engine, joined the SA, or Two Litre which had been introduced the previous year.

The new VA was a very well equipped and attractive car available as a 4 seat Tourer, Saloon or a Tickford Drophead Coupe.

The Tickford Drophead Coupe we present here is one of the very best examples in existence. Bearing chassis number VA2137, it left Abingdon as a rolling chassis in December 1938, destined for Salmons& Sons (Tickford) works at Newport Pagnell. Subsequent to the completion of the Tickford coachwork, the MG was registered in Surrey as JPF 421 in March 1940.

Thereafter, the car’s history is uncertain until it was discovered in poor condition on the Continent during 2000. It was then acquired by the present owner and a full restoration was embarked upon, this being to the highest possible standard and completed in 2007.

At the MG Car Club 57th Silverstone International `Meeting and Concours on 24th Jone that year, JPF 421 was awarded ‘First in Class’ and the ‘Car of the Day’ trophy for ‘Best MG overall’

In the past few years, the MG has seen occasional use and has resided in a dehumidified garage, remaining in pristine condition throughout.

Various bills etc are provided, with work being carried out by specialist SVW Services. There is also the original Instruction Manual and a buff RF60 logbook dating from 1963, showing the car to have resided in Windermere at that time. There is also a copy of the original sales brochure, which is in near perfect condition.

A very rare opportunity to acquire a truly exceptional example of this most elegant pre-war MG.