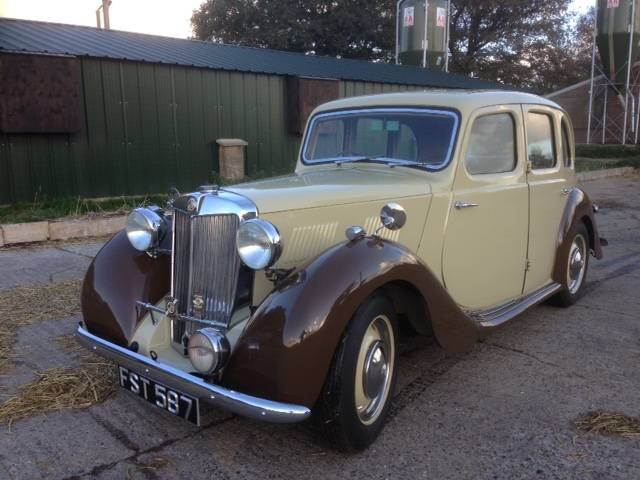 Designed in 1939 and intended for launch the following year, the ‘Y’ Type, or MG Ten as it was originally to be known, did not actually reach production until 1947 as private car production gave way to war work from 1940. With independent front suspension and rack and pinion steering, the Y Type’s handling belied its rather dated appearance.

Powered by a single carburettor version of the recently introduced ‘XPAG’ engine, the Y Type – or ‘One and a Quarter Litre’ as it was marketed, was capable of over 70 mph and with its excellent road manners, was able to put many more expensive cars to shame.

During late 1951, the Y Type was to undergo various revisions, most notably the fitment of Lockheed twin leading show front brakes, front anti-roll bar and a new hypoid rear axle. 15 inch wheels also further improved handling. The later model was designated ‘YB’ and just 1301 examples were produced before it was superseded by the all new ZA Magnette late in 1953.

Extensively restored around ten years ago, it presents very well in cream and brown – a similar livery to the famous ‘Cream Cracker’ MG competition cars of the 1930’s. The original leather trim remains in sound, serviceable condition, whilst the headlining and carpets have been replaced.

Mechanicaly, everything is in good order, having received attention during the restoration.

A huge file of bills and information is supplied, along with the original RF60 buff logbook, Drivers Handbook and Workshop Manual.