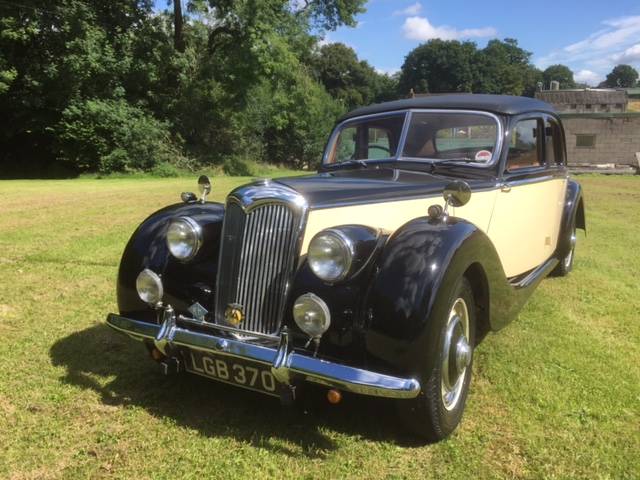 When the Riley 'RM' Series appeared in 1945 it was met with great enthusiasm - here was an elegant sporting saloon with up to the minute features such as
independent front suspension and rack and pinion steering, plus sleek styling and a high level of equipment. The new models remained true to the Riley ethos in every way.

Available in 1.5 and 2.5 Litre versions, these cars were the choice of the connoisseur in their day. The 2.5 Litre model was highly praised by the
motoring press for its fine, precise handling and vivid acceleration, it also had a maximum speed within a whisker of the then-magic 100 mph - a
speed only attainable by a handful of cars back then.

A 1953 model of the 'RMF' Series, this example is in very sound order and has had considerable sums of money spent on it in recent years. Work has
included the engine being overhauled, coachwork refurbishment and replacement of sections of the timber frame. The Everflex roof has also been
re-covered, with all work having been undertaken by a well known specialist and numerous bills are included in the file of paperwork.

The interior trim remains original and very presentable, with a delightful 'lived in' feel to the maroon upholstery. On the road the Riley feels taut
and extremely willing, with plenty of power, making it a very capable car able to keep pace with modern traffic.