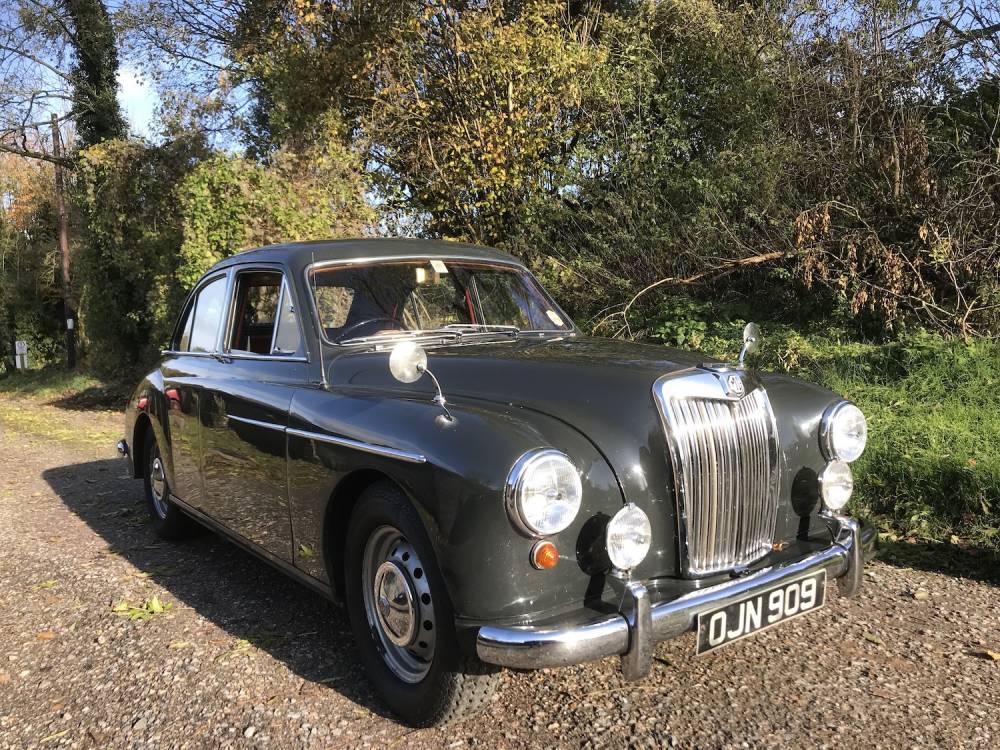 Featuring unitary construction for the first time in an MG saloon, the Magnette was a most handsome motor car, with its Italian inspired styling from the pen of Gerald Palmer.

Powered by a tuned BMC 'B' Series engine developing 60 bhp, the ZA was capable of over 80 mph and allied to brisk acceleration and very good road holding, it was to prove very popular with enthusiastic motorists who required a family car with sporting aspirations.

From late 1956 the ZA evolved into the ZB variant which now featured a more powerful engine in the MGA state of tune, developing 68 bhp which gave a noticeable increase in performance which much livelier acceleration and a higher axle ratio which gave a top speed of around 90 mph.

The ZB we offer here was first registered in January 1958. The car is in good sound condition and has the benefit of being fitted with an 1800cc MGB engine and 5 speed Ford Sierra gearbox.  Front disc brakes have also been fitted and the car has a particularly sprightly performance, being able to hold its own in modern traffic and cruise comfortable at the legal limit.  An alternator had been fitted - a sensible modification.

Finished as original in Twilight Grey, the interior trim, in maroon leather, remains in extremely good condition.  Inertia seatbelts have been fitted along with rear belts.

Driving extremely well, this Magnette has a very large amount of documentation including details of modifications carried out plus a Heritage Certificate.  An original Driver's Handbook is supplied.

We are located in the Heart of the Meon Valley in Hampshire.