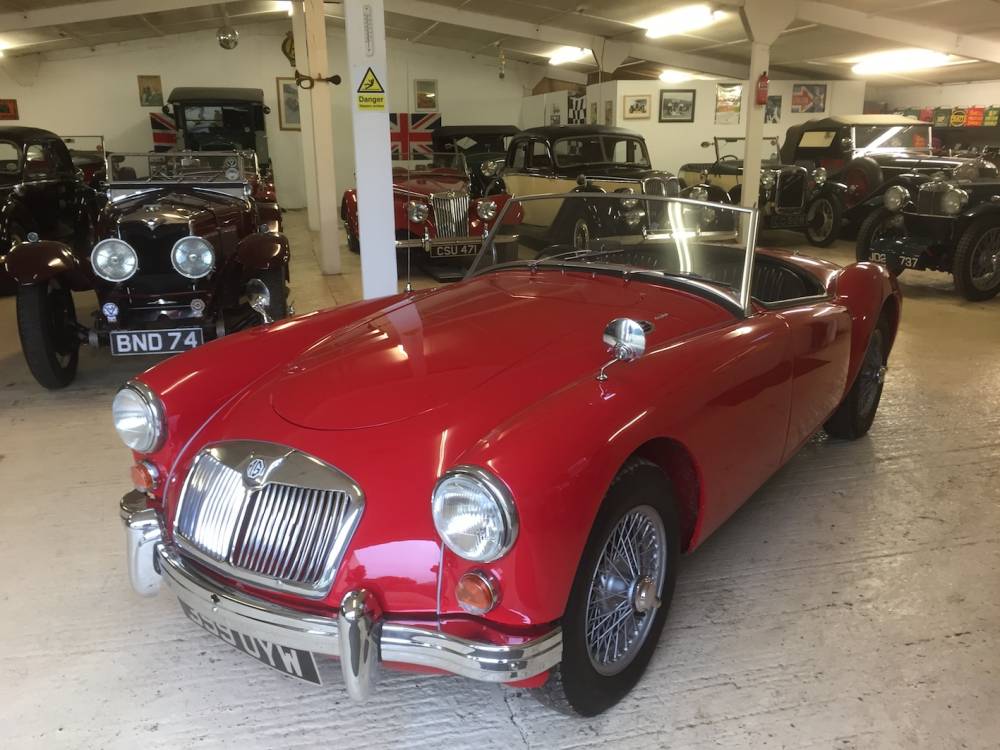 According to the Heritage Trust Factory Record supplied, this MGA was built on 18th January 1960 and despatched from the Works at Abingdon 4 days later, destined, like the bulk of production, for North America.

Earlier this year the car was repatriated and underwent extensive restoration, which included conversion to right hand drive. Almost £7,000 has been spent on the car in the past six months and it is now of fine appearance with excellent panel fit and gaps. Finished in Chariot Red with black interior trim and fitted with the optional wire wheels, the specification remains as it was in 1960.

A genuine, correct 'matching numbers' example of this sought after model, the car drives faultlessly and it only being offered for sale due to an ever growing collection and the recent acquisition of a highly original MGA Twin Cam.

Numerous photos of the work being undertaken are supplied, along with a number of bills and the aforementioned Heritage Sheet.