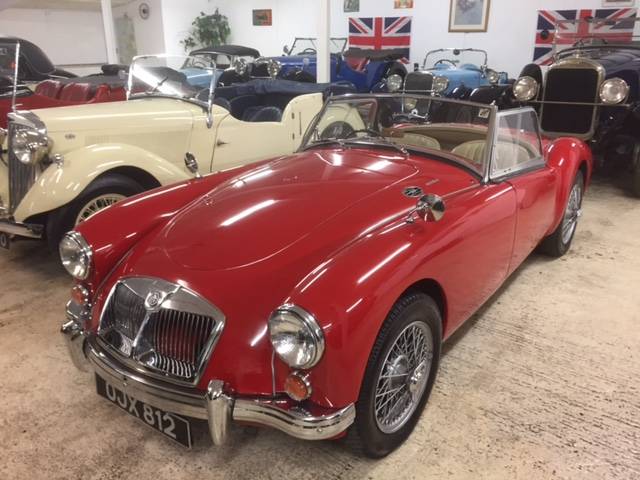 The final version of the MGA, the 1600 Mk2, was introduced for 1961 and was to continue until production ceased the following year when the all new MGB was to appear. As with previous versions, the vast majority were exported, mostly to North America.

Nowadays, original home market RHD models are comparatively rare and it is one such example we offer here.

Originally registered on 6th December 1961, this Chariot Red 1600 Mk2 was the subject of major restoration work during the 1980’s/’90’s and there is an extensively detailed log included on file.

There is ownership history dating back to the 1970’s and the car has the desirable option of wire wheels. This is a correct matching numbers example.

In summary, a very smart and thoroughly sound UK specification late model MGA that has been very carefully looked after by its present owner, in whose hands it has been for almost 20 years. All weather equipment is in very good

condition- the hood being in double duck material, and the car is ready for a new custodian to enjoy.