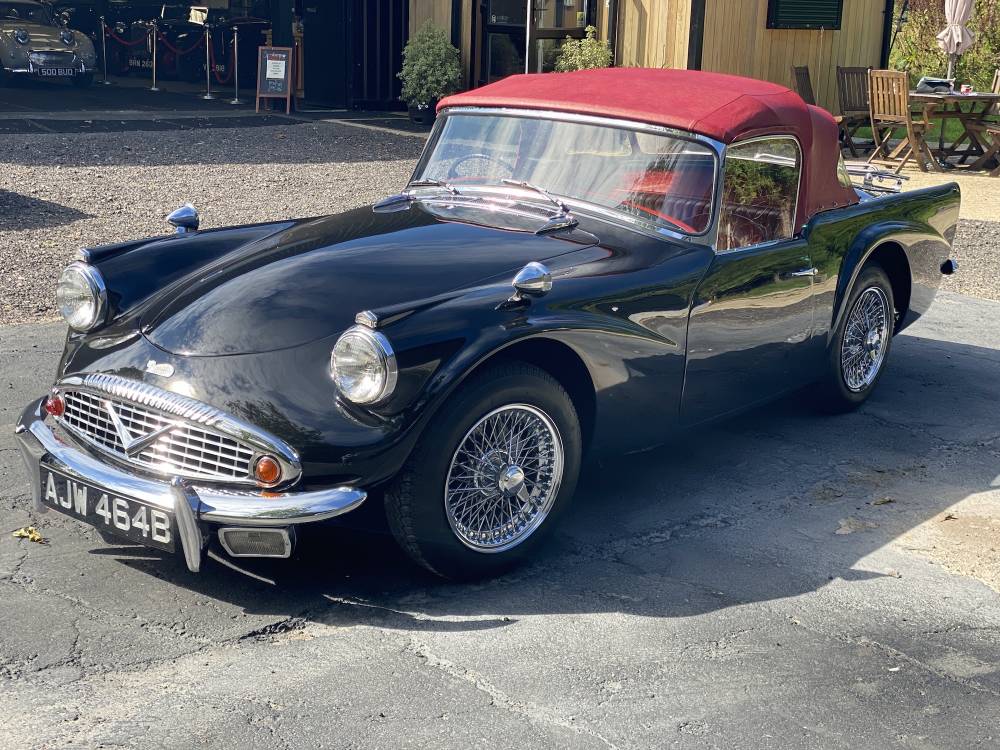 Making its debut in 1959, the Daimler SP250 represented a distinct departure for Daimler, being very different from their traditional offerings. This purposeful looking glass fibre bodied sports car was also, interestingly, the last model to be launched by Daimler before its parent company, BSA, sold it to Jaguar Cars the following year.

The SP250 boasted a top speed of 120 mph allied to rapid acceleration, with the result that a number were used by traffic police in Surrey, Manchester, Bristol and Liverpool. Following the opening of the first section of the M1 motorway in 1959, Bedfordshire Constabulary were to use the SP250 as a motorway patrol car - a role it filled with great effect.  Interestingly, the excellent V8 engine was designed by Edward Turner, who was responsible for the highly successful Triumph Speed Twin motorcycle engine.

First registered in May 1964 this striking black example is in extremely good order in all respects as it has covered less than 45,000 miles from new.  There is a substantial history file with the car including the original driver’s handbook, accessories supplement and operating instructions for the ‘Ekco’ car radio.

The car has been fastidiously maintained by the present owner for the past 11 years, as she has formed part of a collection which has  included two Veteran cars.  The car is now reluctantly offered for sale to make room for an Edwardian Wolseley.

The red hood appears to be the original and fits particularly well and the matching leather trim shows very little wear, commensurate with such low recorded mileage.  The red carpets are quality replacement items.

The 2.5 litre engine was rebuilt around 20 years ago and suspension and braking systems are understood to have been overhauled at that time.

Driving superbly with a glorious V8 sound track this delightful SP250 is a joy to behold.  The luggage rack and wire wheels are desirable extras.  There is also an original sales brochure and information from the Daimler and Lanchester Owners Club.