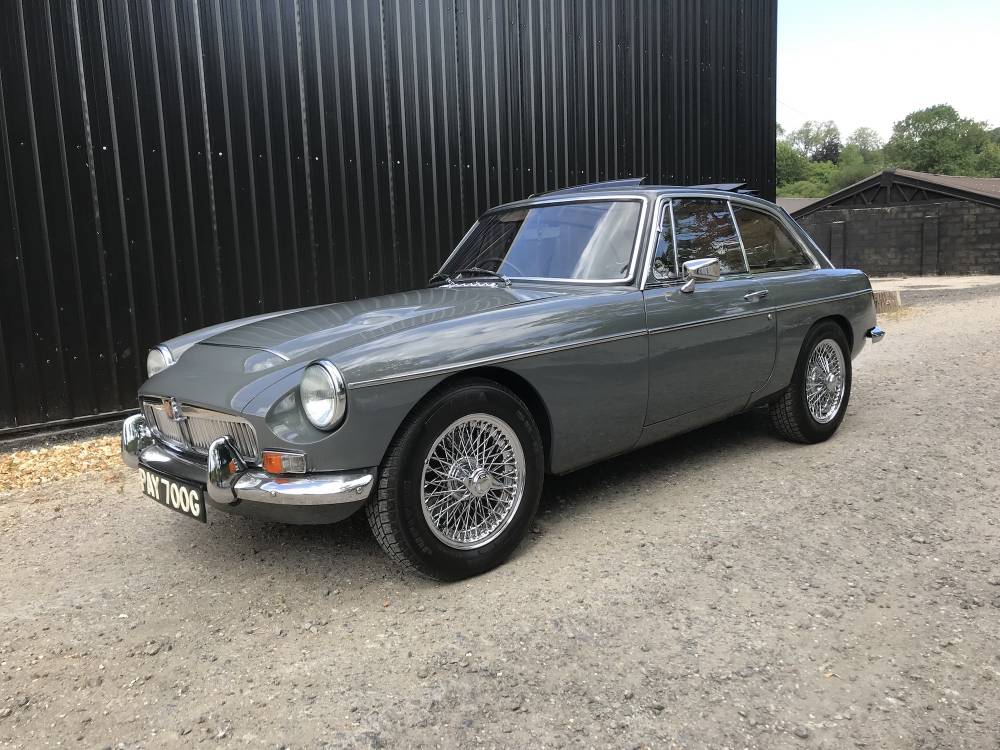 Produced between October 1967 and August 1969 with a total run of 8,999, split more or less equally between Roadsters and GTs, the MGC, with its torquey 3 litre engine was a fine long-distance touring car able to cover the miles with consummate ease.

Distinguishable visually from its 4-cylinder sibling the MGB – the MGC had the ‘teardrop and power bulge’ bonnet giving a purposeful and striking appearance.  Sitting on 15-inch wheels also gave a slightly higher stance.

Offered here is a pleasing example of the MGC GT, attractively finished in Grampian Grey with red leather interior, this example is one of only 420 automatic RHD models produced for the home market.

It has covered just over 61,000 miles from new having been stored for some years following restoration carried out previously.

Presented in very good order this now rare MG is offered with previous ownership history, hand written notes detailing the restoration work and a number of bills showing it to have been carefully maintained, by specialists, over the years.  The correct handbook is supplied.