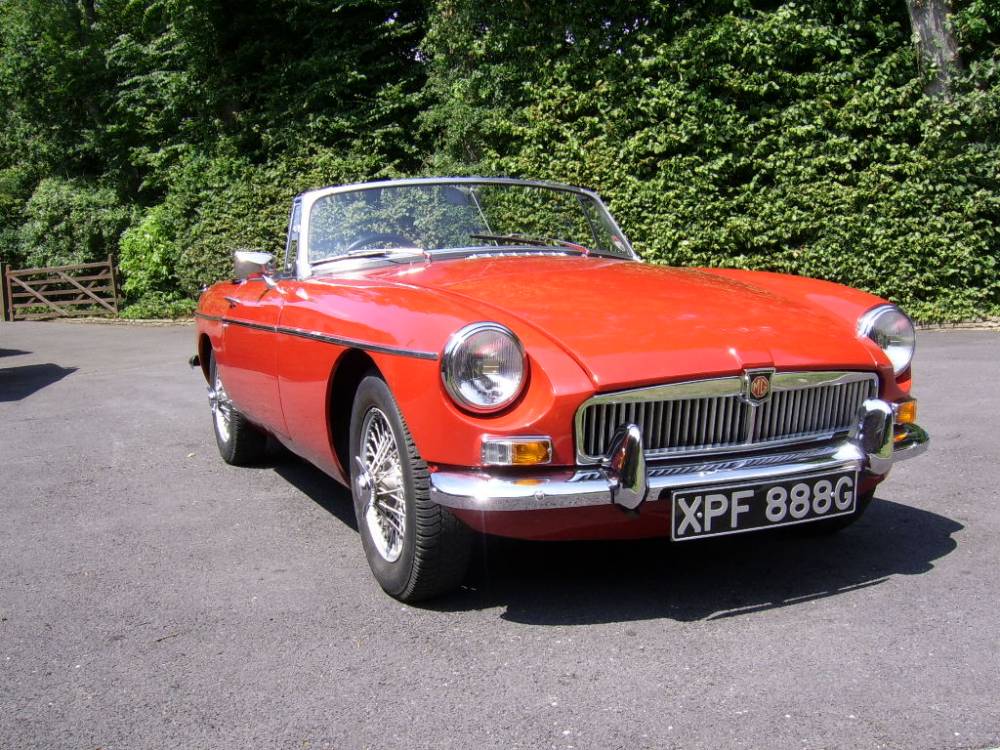 One of the last of the MGBs with the traditional radiator grille, before the advent of the 'Leylandised' model with matt black recessed grille, this Tartan Red example was first registered  to its first owner, a lady in Surrey, on 1st April 1969.

The MG features the desirable options of wire wheels, overdrive and the much easier to operate folding hood. It also has the reclining seats which were standardised from this year.

In the previous ownership for the past seven years, the car has been fastidiously maintained and has been used on three trips to Europe totalling well over 5000 miles without missing a beat. During this time a considerable amount of work has been carried out on the car which has included a new Ivor Searle engine, replacement wheels, tyres and tubes, new propshaft, brake callipers, fitment of electronic ignition and a new double duck hood and frame. The tonneau cover is also a recent replacement.

The MG is offered with a considerable amount of paperwork, which includes the correct original Driver's Handbook, along with numerous bills in chronological order.