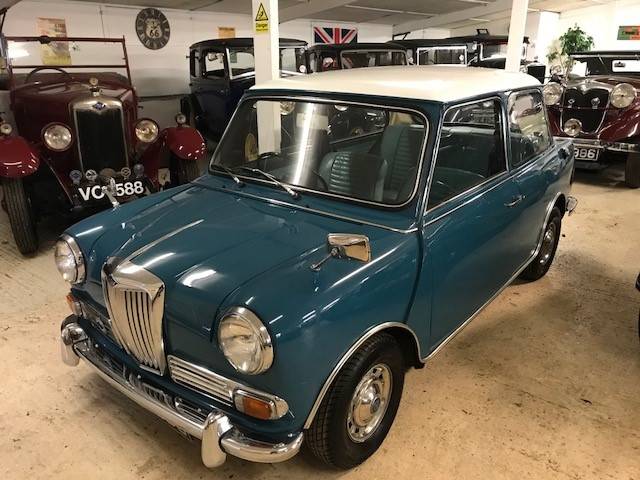 Having formed part of a small collection of Rileys, this delightful Riley Elf MkIII, fitted with automatic transmission, has had just two owners from new and covered only 33,000 miles.

Produced between 1961 and 1969 the Elf was always considered the 'poshest' of all the mini variants and was usually bought as a second or even third car by those seeking a small car with some real individuality.

Supplied by Mann Egerton and first registered on 4th July 1969, the Riley is finished in Persian Blue with Snowberry White roof as original and with blue leather seats.  The optional heated rear window cost £13 pounds new!

The original bill of sale is included together with the most comprehensive amount of history.  There is also a Heritage Trust Certificate.

The car has been exhibited at the NEC in Birmingham and has been restored to an extremely good standard and lovingly maintained.  The original sales brochure, workshop manual and BL passport to service book is included.

A very rare opportunity to acquire such a low mileage example of this charming model.