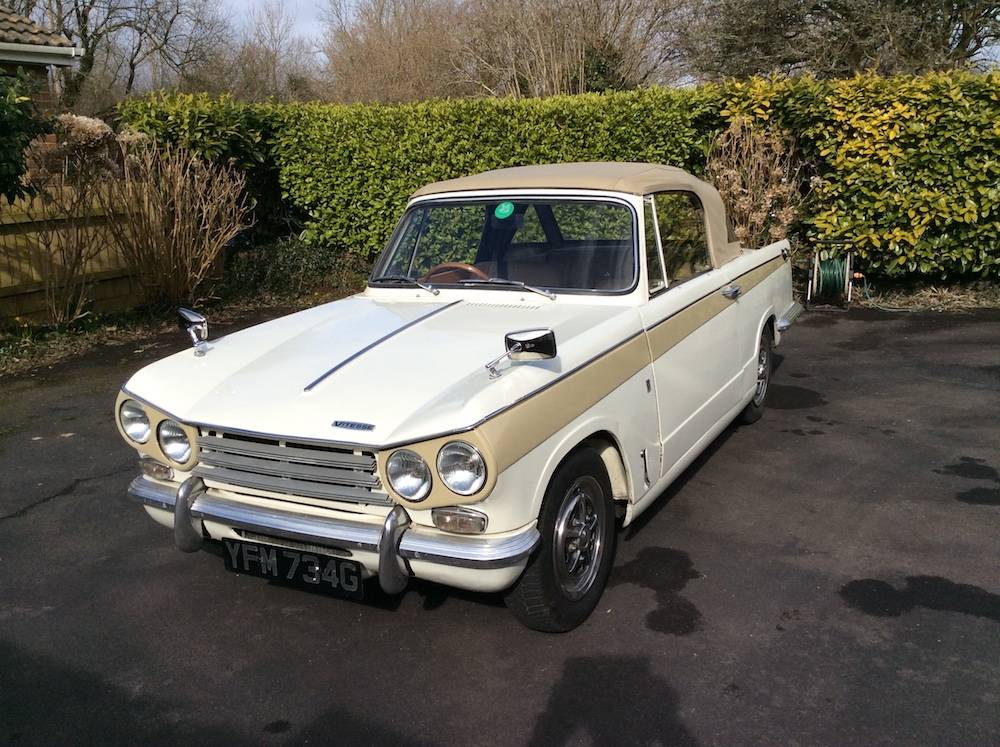 First appearing in May 1962 the Vitesse was effectively a six cylinder version of the popular and stylish Triumph Herald. The Convertible version has always been sought after and these cars have a strong following with the support of the Triumph Sports Six Club.

The Mk2 version, which appeared in October 1968 featured revised rear suspension which gave a notable improvement to handling. Able to accelerate from 0-60mph in just over 11 seconds and with a maximum speed in excess of 100 mph, the Vitesse was a popular choice for the driver who previously had owned sporting two seaters but now needed a family car.

Offered here is a sound example which could benefit from some cosmetic improvement but is nevertheless in presentable order. The car is being offered for sale on behalf of an elderly enthusiast who is downsizing his collection.

Fitted with overdrive, this example has a double duck hood and full tonneau cover and should prove ideal as an affordable family classic with scope to improve whilst enjoying using the car.

The car has a 12 month MOT certificate and numerous bills plus a spare parts catalogue.

We are located close to the A3 and A32, between Petersfield and Alton.