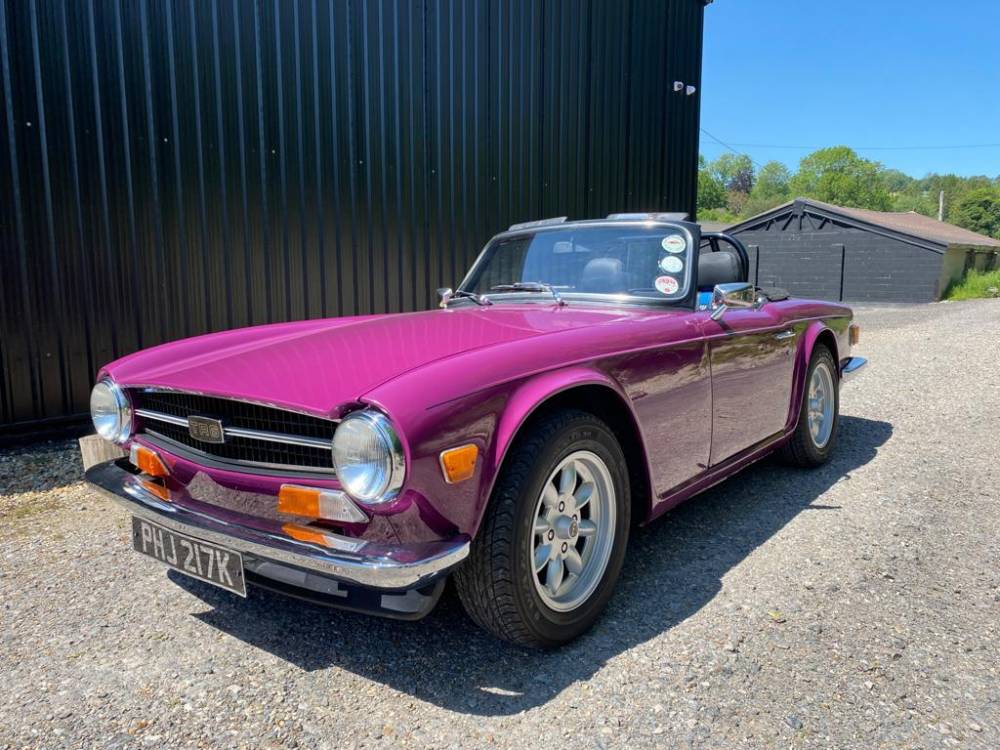 The second of the TR models to feature a fuel injected six-cylinder engine, the TR6 made its debut in 1969. As with previous models, the TR6 was to prove extremely popular in the US and was offered with a twin carburettor installation for that market. The fuel injected engine devolved an impressive 150 bhp which made for vivid acceleration, with 0 - 60 mph accomplished in 8.2 seconds and gave a top speed of 120 mph when road tested by ‘Autocar, magazine.

The TR6 was to prove the best seller of all the ‘traditional’ TR models. With some 83,480 going for export, although just 8370 were sold on the UK home market.

A particularly attractive example, this 1972 model has been cherished by the present owner.

An original UK RHD car, it underwent a major restoration some years ago and has been fastidiously maintained subsequently, with only around 20,000 miles understood to have been covered since completion.

During the past few years the car has benefited from some sensible upgrades, which include Koni shock absorbers, Bosch fuel pump, spin-on oil filter conversion, ‘Minilite’ wheels, electronic ignition, Remington throttle linkage and Moto-lita steering wheel. The seats have been replaced with MX5 items, which not only offer considerable comfort compared with the originals, but they also look in keeping.

The original seat belts have been replaced with four-point harnesses and a roll cage has been installed, while the sports exhaust system provides a very pleasing soundtrack!

Panel fit is excellent and the car has received many compliments at shows.

The is a comprehensive history file with many receipts.

The striking colour of Magenta was offered on a number of Triumph models at that time at it certainly suits the stylish lines of the TR6. The hood is in very good condition and fits snugly.

A great British sports car ready for Summer enjoyment. The original Driver’s Handbook is supplied along with a workshop manual.